This is one of the best small moral stories in English. Once upon a time there lived a beautiful girl named Sofia. She had a rooster whose feathers had a colorful shine. His comb was red like a rose when the sun shined on it. Every morning the rooster crowed to wake Sofia up. Then he ran to her and ate some grains from her hand.

One day, Sofia saw her neighbor’s hen. She liked it very much, so she asked the neighbor to exchange the rooster for the hen. The rooster became very sad. His comb fell to one side. He could do nothing since Sofia had made her decision. The neighbor agreed, and Sofia had a new friend. The hen had a thick coat of feathers to keep her warm. She laid an egg every day. Sofia loved the hen so much. She held the hen in her arms, stroked her smooth feathers and let her drink water and eat a hand full of millet grains. 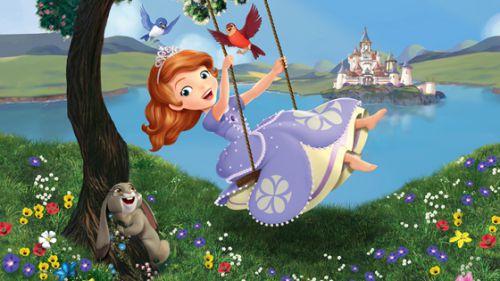 A few days later, the neighbor bought a duck. Seeing the duck, Sofia liked it very much and insisted on the neighbor changing the hen for the duck. The hen fluffed her feathers and became very sad. She could do nothing since her owner wanted to have the duck. Sofia quickly became close to the duck. Every day, the two bathed together in the river. The duck swam next to the girl and said, “quack quack” to remind her not to swim out too far.

One day, Sofia’s relative visited her and brought a cute puppy along with him. She loved the puppy very much, so she asked to change the duck for the puppy. The duck didn’t wanted to leave Sofia. He flapped his wings and said, “Quack Quack” but it was useless. Sofia grabbed the duck, gave him to her relative, and got the puppy. Sofia stroked the puppy’s fur and said to him, “I had the rooster, and I changed him for the hen. Then I changed the hen for the duck. Now, I love you so much, so I changed the duck for you.” Hearing this, the puppy held his tail low and hid himself under the chair.

At midnight, the puppy opened the door and ran away. The following morning, when Sofia got up, she felt extremely sad. Now she had no friends with her because she didn’t treasure friendship.

MORAL: A GOOD FRIENDSHIP SHOULD BE BASED ON SINCERITY, LOVE AND MUTUAL RESPECT.