Sofia The First: The Secret Library

This is the short story of Sofia The First The Secret Library. Ever since Sofia became a princess, her life had been full of adventure! Today Sofia, Amber, and James are racing. Sofia and Minimum are about to win when a flying horse blocks their way. “Aunt Tilly!” Sofia exclaims. She loves when her aunt comes to visit! Read more about, Sofia The First.

Back at the castle, Tilly asked Sofia if she has read the book Tilly gave her. “I’m still in chapter 12,” Sofia admits. “Wait till you get to chapter 17. That’s my favorite!” Tilly says. When Sofia gets to her room, she turns to chapter 17 and finds a smaller book hidden in the pages there. It tells of secret passageways hidden all through Enchancia castle. 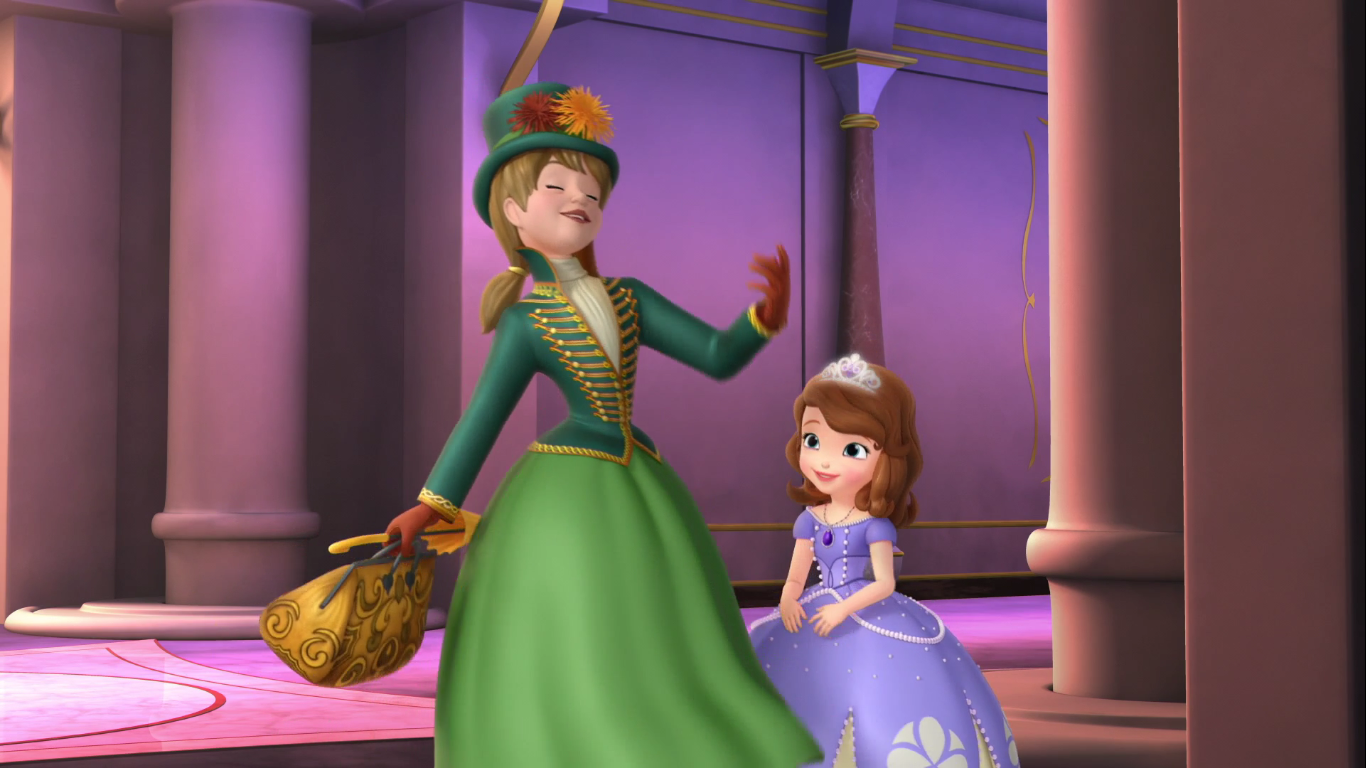 Suddenly, Sofia’s amulet glows blue. It leads to a wall where she discovers one of the passageways! Sofia follows her amulet’s light through the opening and into the maze of passageways into the castle. Finally, she comes out beside an underground canal, where there’s a boat waiting for her. The boat takes her to a stairway leading to a pair of locked doors. The lock is shaped like a book. Could the book be a key? Sofia tries it- and it works!

“Wow! Where am I?” Sofia wonders. The familiar voice answers, “In the Secret Library!” It’s Aunt Tilly! She says the library is filled with real-life stories that need endings. She tells Sofia, she is the Storykeeper! “It’s the story keeper’s job to help finish the stories. And now, I’m hoping that job will be yours!” she explains. “You want me to be a story keeper?” Sofia asked. Aunt Tilly nods and said, “Here comes your first story now,” Also read, Sofia The First Story.

The magic book flies off the shelf. It’s called The Tale Of Wildwing Valley. It’s the story of a flying horse named Mazzimo. He lived in a royal stable but longed to be wild. So he left in search of a place called Wildwing Valley, where enchanted animals roam free. But Mazzimo was captured by Prince Roderick and taken to the Prince’s castle in Borrea. “That’s awful!” Sofia exclaims. “It’ll be unless you give the story a better ending!” Tilly says. But Sofia is not sure she can do it on her own. So, Aunt Tilly agrees to help her just this once.

They hurry to the stables. When Sofia tells Minimus about her mission, he’s stunned. Mazzimo is his long-lost brother. They fly to Borrea and soon find the royal stable. It’s huge and everything is trimmed in gold. “Mazzimo must be in there somewhere,” Sofia tells Aunt Tilly. So they decide to split up and start searching the stable.

Sofia and Minimus find Mazzimo in the locked stall. “Good to see you, bro! Now can you get me out of here?” says Mazzimo. Minimus looks around and asked, “But this is the nicest stable ever! Why’d you want to leave?” “Yeah! It’s nice! But a cozy cage is still a cage! I’d rather be free,” replies Mazzimo. “Maybe we can talk about this after we get out of here,” Sofia says. 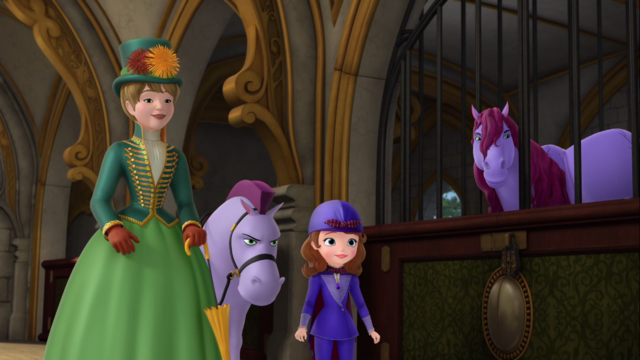 But it’s too late! Prince Roderick arrives with his stable master. The prince seems friendly at first- until Sofia explains that they’re here because Mazzimo wants to be free! “You mean thundercloud? He’s my horse now!” he says pointing at Mazzimo. “Can you believe he named me that?” Mazzimo utters. “Come on thundercloud! Let’s go for a ride,” Prince Roderick says. Then Sofia gets an idea.

When the prince opens the stall door, Sofia yanks on the rope he’s holding to distract him. “Fly for it Mazzimo,” she yells. He burst out of the stall and flies away! Sofia and Tilly jumped on their horses and follow. They did it! They freed Mazzimo! Or did they? They hear a shout behind them. It’s Prince Roderick and his stable master chasing after them.

“Wildwing Valley is just ahead,” Mazzimo says. “Let’s try to lose them in the gorges!” Sofia shouts. They fly incredibly fast, turning this way and that through the twisty-turny gorges. They lose the prince but Minimus is mad at his brother. “Finding this valley is all you care about! When you took off, you didn’t just leave the stable! You left mom and dad and me!” he says. Minimus is so upset that he doesn’t notice a tree up ahead. “Look out!” Sofia cries. He flies straight up to miss the tree. Sofia can’t hold on! Aunt Tilly catches Sofia just in time but her magical bag gets knocked loose!

As they land, they look up to see that Prince Roderick has caught up with them and captured Minimum and Mazzimo. Sofia and her aunt need Tilly’s magical bag more than ever. So they split up to find it. Sofia searches high and low but with no luck. She feels like she hasn’t been a very good story keeper so far. She lost Minimus and Mazzimo. Maybe she’s not the right person for the job! Sofia notices her amulet glowing and then THUNK! An arrow flies into the tree beside her.

Sofia turns and gasps when she sees Princess Merida step into view. Sofia’s amulet brought her to help! When Merida hears Sofia’s story, she smiles and says, “All you need is the belief that you can save them yourself. If you believe in yourself and what you can do, your aim will always be true.” Could Princess Merida be right? Maybe Sofia can do it!

As Sofia runs back through the forest, she spots Aunt Tilly’s horse and jumps on. Soon they catch up to Minimum and Mazzimo, who are tied to Prince Roderick’s horse. Just as Sofia jumps onto Minimum and unties him, Prince Roderick sees her. All Sofia has a Tilly’s umbrella and an idea. She swoops around, hooks the prince’s belt with the umbrella and yanks him off his home! Then she sends Aunt Tilly’s horse back for her and unties Mazzimo. At last , he is free.

Mazzimo leads the way to the land of his dreams, Wildwing Valley. It’s beautiful! Minimus turned to his brother and said, “After being captured by Prince Roderick, I finally understand how you feel, cooped up in a stable.” “We may be different but you’re my brother and I love you!” says Mazzimo. Minimus smiles and says, “I love you, too.”

When they returned to Secret Library, Aunt Tilly congratulates Sofia for finishing her first story. “So what’s next?” Sofia asks. Aunt Tilly smiles and says, “Have a seat and find out Story Keeper!”

Here is a visual depiction of, “Sofia The First The Secret Library Story”. See the video story below,