Somewhere Over The Rainbow Song

This is Somewhere Over The Rainbow song for kids. This lullaby is also known as “Over the Rainbow”. It is a ballad written by Yip Harburg. And the music was provided by Harold Arlen. This was written for the movie Wizard of Oz. Judy Garland sang this song in her role as Dorothy Cole. This song instantly became popular and set many records.

In the most recent times, this song has been used as a lullaby for young children. The soft melody and the slow music let the child fall asleep peacefully. Here you go!

Somewhere Over the Rainbow Song 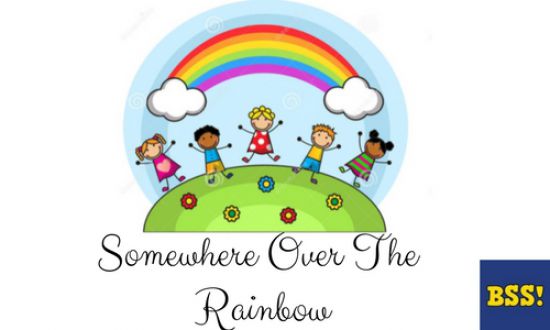 Somewhere, over the rainbow, way up high

Somewhere, over the rainbow, skies are blue

Someday I’ll wish upon a star

And wake up where the clouds are far behind me

Away above the chimney tops

That’s where you’ll find me

Somewhere over the rainbow, bluebirds fly

Birds fly over the rainbow

This lullaby talks about a dreamland, that seems unreal. The place is said to be above a rainbow. And the singer heard about this magical land once in a lullaby. In the next lines, the singer sings that somewhere above the rainbow, the skies a blue. And there, the dreams come true. The singer stresses on dreams coming true.