The Adventures Of Tom Sawyer

This is The Adventures Of Tom Sawyer Story for kids which has been taken from the works of Mark Twain. Once upon a time, there lived a little boy named Tom Sawyer. He had an imaginative mind and was extremely mischievous. The little boy lived along with his aunt and half brother.

One day, Tom was punished for skipping school. The school made him white wash a school fence. Once Tom started, he came up with an idea. Cleverly he persuaded his friends to do his work as well as trade their treasures with him! Also, read Robin Hood Short Story. 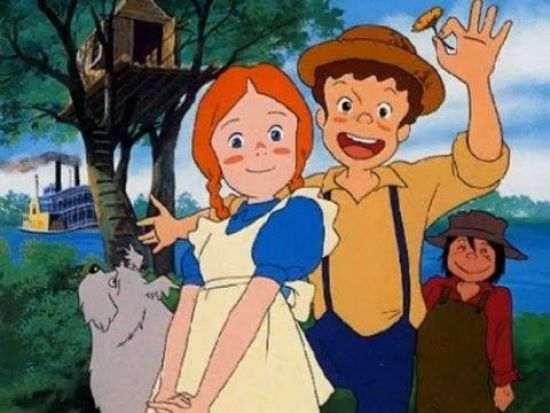 the adventures of tom sawyer

Image Source @www.youtube.com. Soon Tom falls in love with a girl called Becky Thatcher. He manages to get engaged to her. All he had to do was to persuade her to kiss him. But this did not last long. Becky soon finds out that Tom had been engaged before to another girl. Angry, Becky leaves Tom.

Sometime later, Tom and his friend Huckleberry Finn decide to go to the graveyard to test a new cure for “warts”. A horrible incident occurs at the graveyard, scaring the little boys. In the graveyard, the two of the witness the murder of a young doctor. The murder was a half-breed called Injun Joe. After witnessing the crime, the two friends swear a blood oath and decide never to talk about the incident. You may also like to read, The Adventures Of Sinbad.

However, the next day, Injun Joe blamed the murder on his drunk friend, Muff Potter. Soon Muff Potter is arrested and Tom becomes to feel uneasy. Tom and Huckleberry Finn decide to run away to an island. They take another friend called Joe Harper. While the three of them were enjoying their newfound freedom, they become aware that they are being searched for. The elders thought that the three of them had died.

One day, Tom decides to sneak into his home. There, he struck with the idea of appearing at his own funeral. He also persuades Huckleberry Finn and Joe Harper to do the same. The three of they re-appear at their funerals. And their families rejoiced when they see the lost children.

When Tom returns to school, he manages to win over Becky again. Valiantly Tom takes the blame for the book Becky had ripped. Making her like him again. The trial for Muff Potter began. And overridden by guilt, Tom testifies against Injun Joe. Muff Potter is acquitted of the crime he never committed. However, Injun Joe escapes.

Soon summer arrives. Tom and Huckleberry Finn decide to go treasure hunting in a haunted house. The duo hears a sound, and when they look, they find it was Injun Joe. They find that Injun Joe is pretending to be a deaf and mute Spanish man. Injun Joe had a companion.

Tom and Huck overhear Injun Joe and his companion talking about burying some treasure. When Injun Joe was trying to hide his treasure, he found some buried treasure. He also spotted Tom and Huck’s tools. He grew suspicious and carried the treasure off.

Now, Huck began to follow Injun Joe every night. Meanwhile, Tom goes to McDougal’s cave with his classmates and Becky. Becky and Tom get lost in the cave. While tailing Injun Joe, Huckleberry Finn overhears them talk about attacking Widow Douglas.

Hearing this, Huck ran for help. By doing so, Huckleberry became the hero. While Tom and Becky weren’t found. The night came, and Tom tries to find a way out of the cave. Thereupon, he realizes that Injun Joe has been using the cave as a hideout. The searchers, searching for the two children, were about to give up. But before they do, Tom finds a way out of the cave. Also, read The Adventures Of Brave Eagle.

Their escape from the cave is celebrated. As it turns out, Becky’s father was a judge. So, he ordered to shut the cave. With nowhere to go, Injun Joe starves to death inside the cave. Later, Tom Sawyer takes Huckleberry Finn to the cave.

Huckleberry is adopted by the Widow Douglas. Huckleberry tries to escape and wants to live freely. Tom convinces Huckleberry to stay. And proposes that if Huck stays, then he would let Huck join his band of robbers in future.