The Ass And His Masters

This is a famous aseop online story to read for all the children.Once, in a village,  there lived an ass and his master. His master was a herb-seller. An ass, belonging to the herb-seller who used to gave him too little food and too much of work. Every day the donkey carried the herbs from his house to the shop.

One day, the ass made a petition to Jupiter to be released from his present service and provided with another master. Jupiter after warning him that he would repent his request, caused him to sold to a tile maker. The tile maker made the donkey carry the heavy load. Also read, The Donkey In Lion’s Skin. 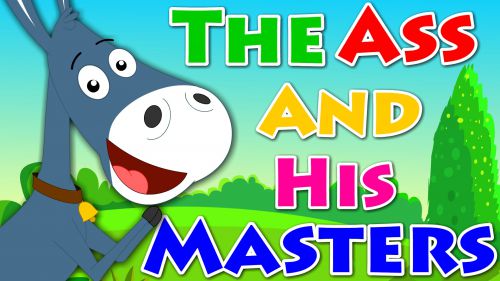 Surely afterward, finding that he had heavier loads to carry and harder work in the brick fields, he petitioned for another change of master. Jupiter telling him that it would be the last time that he would grant his request. The donkey was finally with his new master, the tanner.

As the ass found that he had fallen into worse hands, and knowing his master’s occupation and said, “It would have been better for me to either starve by one or overworked by the other of my former masters than to have been bought by my present owner who will even after I am dead tan my hide, and made me useful for him.” The ass later repented of what he had done and he neve ever stayed happy.

MORAL: HE THAT FINDS DISCONTENT IN ONE PLACE IS NOT LIKELY TO FIND HAPPINESS IN ANOTHER.

Here is a visual depiction of the amazing aseop online story for kids, “The Ass And His Masters Story”. See the video story below,