The Bird With Two Necks

This is one of the amazing panchatantra stories in english for all the children. Once upon a time, there lived a bird near the lake. That bird had two necks but only one stomach. One day, while wandering around for food, the first head found the delicious and juicy fruit. He enjoyed eating it so much. He told his other head that he was eating the most delicious fruit he had ever eaten in his life.

Hearing this, the other head wanted to eat the fruit too. The first head laughed and said that the other head did not need to taste the fruit since they had only one stomach, the fruit would go to the same stomach. The second head felt bad and kept quiet. He decided to teach the other head a lesson. Also read, Four Friends Story. 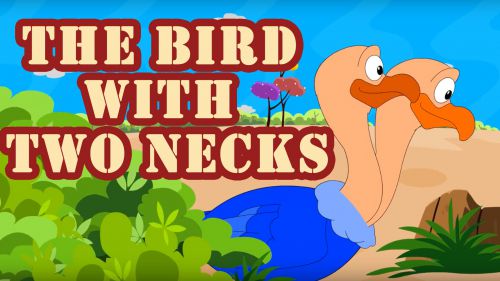 If he ate the fruit, then both of them would die since they had a common stomach. The second head, still very angry with the first head did not listen and ate it. Poison went through the stomach. Both the necks were in agony. Thus, in this manner, the bird with two necks died.

MORAL: YOU SHOULD LEARN TO SHARE GOOD THINGS WITH OTHERS.

Here is a visual depiction of one of best panchatantra stories in english, “The Bird With Two Necks Story”. See the video story below,