This is one of the best online stories for kids. Once upon a time, there lived a little man with a crooked back. Despite his back, he was a skillful archer. No one could match his skill with the bow and arrow. This little man wanted to join the king’s army but knew he won’t be allowed to do so due to his little stature.

So, he decided to search for huge, strong man. “I’ll find a strong man and ask him to take me as his page. Then we’ll go to the palace. The king will surely let the strong man join his army. I’ll make a deal with the strong man.” Also, read The Brave Little Tailor Story. 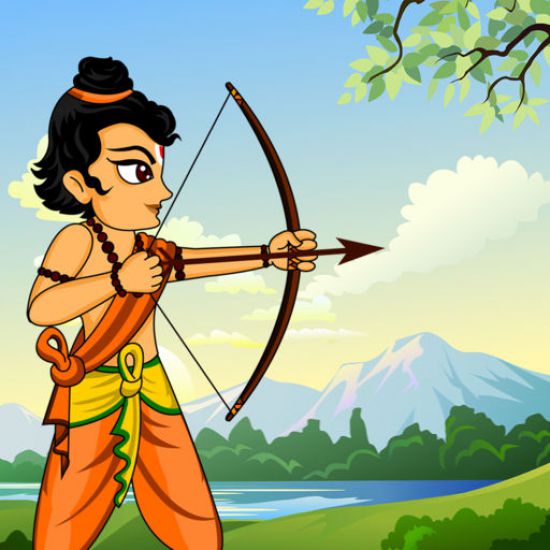 Upon reaching the palace doors, the guard took the message and ran to inform the king. Hearing of a talented archer, the king asked them to be brought quickly. When the king saw the big man, he asked the man what did he want. “I want to join your army,” the big man said. Then the king asked about the little man. The big man said, “He is my page. I will charge a thousand pieces for the both of us.” The king agreed.

Then, one day the king sent for the big man. He asked him to shoot down a tiger who had been killing off men. So, the big man took the little man to the forest. The little man killed the tiger in no time. When the big man returned with the tiger, the king was extremely delighted. You may also like to read, The Clever Son.

Next, he was asked to kill a buffalo, who had been running wild. The little man killed the buffalo successfully. “You have done well,” the king applauded. The big man received many gifts and riches. So, he told the little man, “I do not need you now. I can get by fine on my own.”

Soon after, the kingdom fell into war with a neighboring king. The king asked for his skilled archer and his page. He put those two on a war elephant and sent them to the front line. The little man sat on the same elephant as the big man and sat right behind him. “We can’t do this,” complained the big man. “We have to go back now!”

The little man assured him that he’ll take care of everything. But the big man was too much of a coward. Sliding off the elephant the big man ran off. The little man bravely rode the elephant and broke down the enemy’s camps. He helped his army win. In the end, the king recognized the little man and his talent and made the brave archer his army’s chief. You may also like to read, The Wise Leader.