The Camel And The Jackal

This is one of the short moral stories for children. Once upon a time, in a jungle, there lived a camel and a jackal together. They became good friends. Sometimes, they used to walk through the jungle in search of food. Also, read The Lion And The Camel. 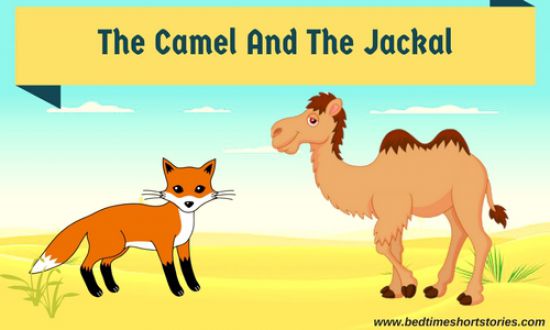 Crossing the river, they entered the sugarcane fields and began to eat. They ate and ate and ate. Soon, the jackal was done with his food. He had a stomachful meal after a very long time. But, the camel was still eating.

All of a sudden, the jackal began to howl loudly. The camel asked him not to do so. He said, “Jackal, Don’t howl! It will lead to seeking the attention of the farmers.” But the jackal said that it was his habit to howl after meals. Very soon, all the farmers reached the spot with long sticks. The jackal ran for his life and hid behind the bushes and left the camel alone. The camel was held and badly beaten up by the farmers.

As a result, the jackal slipped off the camel’s back and fell into the deep river. He had drowned away. Now, the jackal had to pay for his mischievousness.

MORAL OF THE STORY: EVERY ACTION HAS AN EQUAL AND OPPOSITE REACTION.

Here is a short visual depiction of one of the short moral stories for children “The Camel And The Jackal“. See the video story below,