This is one of the amazing fairy tales short stories for kids. In a faraway Kingdom, there was a candy fairy who was very kind and loving towards children. In her house, there were always all sorts of candies with different colors. She normally used candy to give it to nice kids.

The candy fairy traveled everywhere around the Earth to each village to see if children are good or not. If she was a good kid, she would give him or her candy or else she would teach that child some lessons. Also, read The Snow Queen Story. 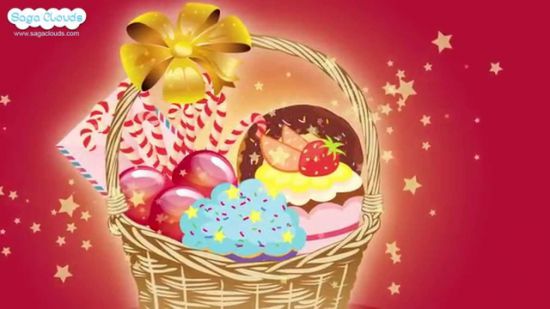 One day, she went to a village called Rose and disguised into an old lady. She was wearing torn clothes and was sitting under a tree at the entrance of the village. Little Tit and Xoan were on the way to buy bread for their mother. They passed by and saw the old lady faint near the road.

Tit was about to check on her Xoan stopped hi and said, “Don’t come near her, my brother. She looks so dirty! We may catch a disease if we come closer.” Tit didn’t care about what Xoan said. He ran to the old lady and asked her, “Madam, are you okay?” The old lady answered, “I’m starving! I haven’t eat anything for three days now.” Tit gave her the loaf of bread. Xoan yelled, “Mother will scold you, brother.” The old lady thanked Tit. After she finished eating, she walked away with her stick.

When they got home, Xoan told her mom about what happened. She did not scold them but tell them, “It’s okay if we don’t have bread. We can still drink milk. Your brother, Tit has helped someone in need. That’s a very good deed and he should be awarded. Xoan, you should learn from your older brother. Okay?” Xoan asked, “Oh, so is that a good deed? I will remember your words mother!” You may also like to read, Pinocchio And The Good Fairy.

Right that moment, there was a knock on the door. The mother and the children opened the door. On the doorsteps, there was just a basket full of candies and a letter. The mother opened the letter and read out out, “I’m the candy fairy. I gave you this basket of candy to show my gratitude to help me at the entrance of the village. After eating the candy, don’t forget to brush your teeth to avoid cavity.”

Tit was very happy and didn’t forget to share the candies with his brother Xoan.

Here is a short visual depiction of one of the fairy tales short stories “The Candy Fairy“. See the video story below,