This is one of the best moral stories for kids to read. Once upon a time, there lived a King. He wanted a wise man for his Kingdom to become his new Prime Minister. For this, he arranged a riddle competition.

The question was “Once a man with a goat, a bundle of grass, and a lion had to cross a river on a small boat which could carry two of them at a time.” “In this situation what should one do?”  asked the King in his court. Also, read The Clever Son. 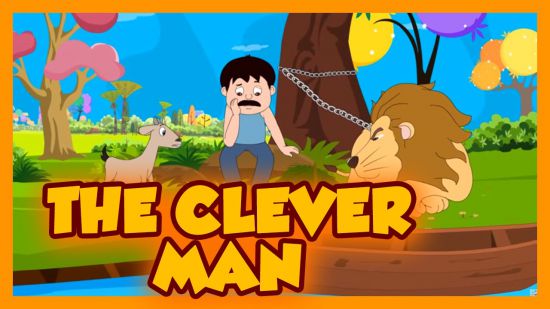 Just then, a young man came to the King and said, “Your Majesty! I think I have the right answer to your question!” The King replied, “Young man, tell us all the right answer!” The young man continued, “The man will first take the goat and leave him to the other side of the river. Then, he took lion on his second round. He will left the lion on the other side and bring the goat back. Leaving the goat on this side, he will take the grass.”

Everyone in the court was amazed by his answer. The King was too surprised and was looking at the young man with his opened mouth. He then continued, “He will leave the grass with the lion and then returns to take the goat in the end. In this way, he will cross the river without losing anything at all.” You may also like to read, The Lion Who Sprang To Life.

MORAL OF THE STORY: YOU NEED TO THINK ON YOUR FEET IN TOUGH SITUATIONS TO AVOID LOSS.

Here is a short visual depiction of one of the best moral stories “The Clever Man”. See the video story below,