This is one of the most amazing funny short story in english for kids to read online. Once upon a time, there was a very dense forest. In the forest, there lived a cunning yet dumb fox. Everybody was taking a nap after they had lunch. Mr. Fox was very hungry as he didn’t have anything. Also, read The Clever Rooster

He could not find any prey for him to eat.” Oh! My stomach!” cried the fox. He wandered around the deep forest for food. Suddenly, he saw his friend Mr. Tortoise on a riverbank and quietly went near him and caught him. Mr. Tortoise was afraid and did not know what to do. But, he was not able to eat it. Now can you tell why? Also, read The Clever Monkey Story 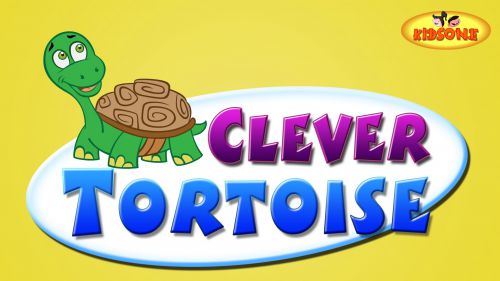 It was so because the tortoise’s shell is very hard and tight. At that moment, the tortoise had a bright idea to save himself from the cunning fox. The tortoise said, “Mr. Fox, you may soak me in the water, my shell will soften and then you can happily eat me.” Also, read The Horse And The Snail.

CHECK OUT MORE PRINTABLE FUNNY STORIES TO READ AND SHARE FROM HERE.