The Cow On The Roof

This is one of the very funny bedtime stories for kids. This story has been adapted from a Norwegian tale. Once upon a time, in a village lived a couple, Konrad, and Kristine. As the years had passed, Konrad had become more ill-tempered.

One day, when Konrad returned after a heavy day of work, the wife became even more annoyed. Because when Konrad entered, he brought in all the dirt as well. “Oh, Dear Konrad,” the wife cried. “Don’t you know how to clean the house?” Also, read The Man With The Coconuts. 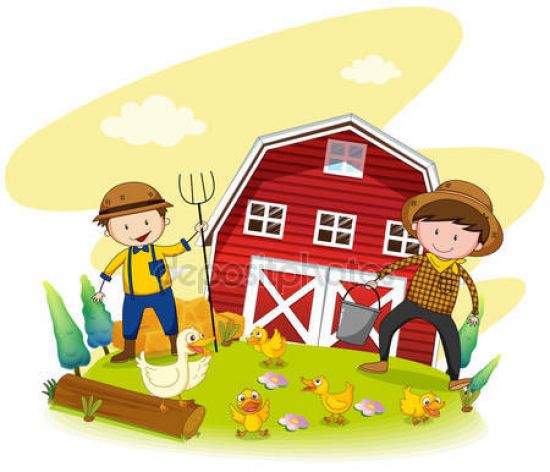 But then she had a brilliant idea. She suggested that they interchange their jobs, as Konrad seemed unhappy with his job. Konrad agreed eagerly.  “Yes, yes. I will be away from the sun.” And so, they worked each other’s jobs. The Next morning Kristine took the sickle and went straight to work skipping breakfast.

After tending to their son, Konrad went into the kitchen. After studying the cupboards and the icebox, he realized they had no butter. So the churn was brought out and started churning cream. But soon he got tired. While Konrad was trying to get some ale, he heard some footsteps over his head. Also, read The Foolish Boy.

At once, he ran to catch the intruder. But he soon found that it was their pig, who was merrily making his way towards the churn. “Stop”, yelled Konrad. But it was too late. The churn had been toppled and the cream poured out. Although Konrad was upset, the pig grunted merrily.

Konrad had to catch the pig, so he chased it. All the while forgetting the ale and knob he had turned. By the time he had caught the little pig, the ale had spilled all over the floor. Too lazy and tired to clean the mess, Konrad went to churn some more cream. Midway through churning, Konrad remembered their cow.

“Oh my it is already noon,” he worried. “The poor cow has had nothing to eat since yesterday,” he ran out to feed the cow. They kept their cow locked up in the barn. The sun was already blazing outside, so Konrad came up with a shortcut. He picked up a plank, creating a passage. This passage connected the barn to the lowest end of the roof of their house. “Perfect”, smiled Konrad, “it’ll be easier for me this way”. You may also like to read, Six Blind Men.

Before Konrad could get to the cow, he heard his son cry. He raced inside, picking his son up he realized he’d have to feed the baby. So, he took the baby to the barn. Konrad knew he had to let the cow drink some water before he took her to the roof. So, as he reached down the well, to fetch some water his son fell out of his hands. Luckily, the son fell on the grass and not the well.

The child began wailing loudly. Quickly he picked his son up and took the water to the cow. After the cow had had water to drink, Konrad told her to go up the plank and eat. “Soon it will be late afternoon, and I still have to make supper.”

After making a fire and putting a pot of water to boil. Suddenly Konrad feared that the cow might fall off. “Just to be careful, I’ll go tie her up on the roof”, he thought.  In a hurry, Konrad tied a piece of rope around the cow and slipped the other end down the chimney.

Downstairs, Konrad tied the rope around his waist, securing the cow. Then he picked up his son and began to grind the corn. “Well, now that the cow is secure, she won’t run away and I have nothing to fear.” Unfortunately, things have never been that simple.

The cow did fall, and with a tug at the rope Konrad and the baby got themselves stuck in the chimney. Kristine had been hard at work all day. She waited for the supper bell. When the bell did not ring, she returned. As she walked by the barn she saw no pig or cow. At once she ran into the house, knowing something to be wrong.

She found the cow hanging out, the cream all poured out, the water had boiled away, her son and husband in the chimney, the ale had spilled too and the oats were not ground. “It must have been a hard day for you,” she told her husband. From that day, Konrad worked the field and Kristine took care of the house. Also, read Clever Gretel.

Don’t forget to check out the printable version of one of the best funny bedtime stories for kids on Pinterest from here.