This is the Creation Story. Millions and millions of years ago, the god created the Earth and the heavens. At first, it was completely dark and coloured with water. But he thought that would make life difficult on the Earth. So Earth did not have any life. This worried god. So, on the first day, god said, “Let there be light!” And within some seconds there was light. 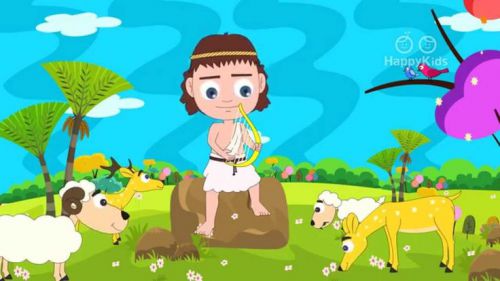 With the light, the sky, the land, and water, the Earth looked so beautiful. But he wanted to look the Earth even better. So, on the third day, he created the plants and trees. On the fourth day, god created the sun to shine in the day, the moon and stars to come out at night.

On the fifth day, the god filled the sea with fish and plants. He also wanted the birds to fly in the sky. He also filled the Earth with all the kinds of animals; big and small. And finally, his biggest creation of all, Man. He said that unlike animals, man would stand up tall, and also have a soul. So, god took some sand from the ground and created man out of it. He made man to take care of his creation.

This was all done in just six days. And on the seventh day, god said, “I need rest!” He rested. So, the god took seven days to create the beautiful earth.

Here is a visual depiction of, “Creation Story”. See the video story below,