This is one of the best fables for children. Once upon a time, there lived a prince. The prince was fond of various things and liked to do things differently. One day, he decided to train a troop of wild monkeys.So, the monkeys were brought to his palace and the prince began training them how to dance. The monkeys soon became excellent dancers, after all, monkeys are natural mimics. These monkeys were even better dancers than the courtiers of the court. You may also like to read, Monkey And The Cap Seller.

As time progressed, the prince clothed them in royal clothes, embroidered with brilliant colors, they were given beautiful hats and masks. The monkeys began performing for the court. Every night, the stage was set and the monkeys danced spectacularly to the music. 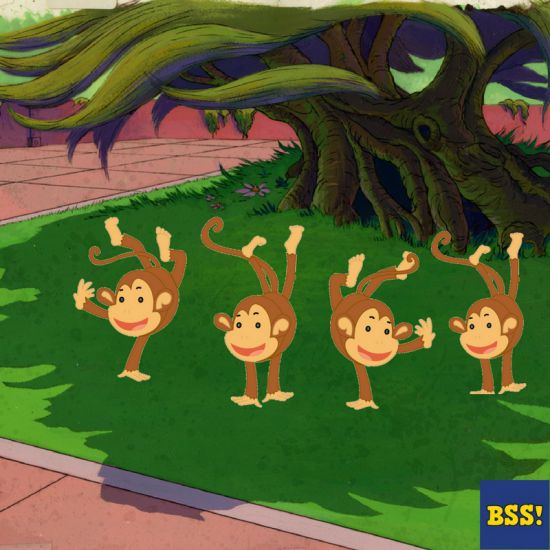 The talk of these monkeys traveled far and wide. Soon, the prince’s palace was flocked my men, women and children alike. All of these people came to witness the dance of the famous dancing monkeys. Night after night, the monkeys danced with elegance and near perfection. The audience filled the halls of the palace with applause and appreciation for the monkeys.

.However, there was a courtier in the prince’s court who was extremely jealous of the monkeys. “Everyone loves the monkeys, but no one pays attention to me,” he thought. This courtier was the royal clown before the monkeys came, and his fame too had spread far and wide, he had been well known once. So, in a fit of jealousy, this courtier decided to do something mischievous.

One night, when the monkeys were dancing as beautifully as ever, he threw a handful of nuts onto the stage. And then began a show of the true nature of monkeys. Off they stripped their clothes and masks and fought each other for the nuts. The hall was filled with the noise of the fighting monkeys and then with the audience’s laughter and the prince’s humiliation.

And that’s how the fame of the dancing monkeys came to an end. After all, no one can change their nature by simply wearing a mask. Also, read The Green Monkey.

MORAL OF THE STORY: NOT EVERYTHING THAT YOU SEE IS WHAT IT APPEARS TO BE.

Here is a visual depiction of fables for children, “The Dancing Monkeys”. See the video story below,