This is one of the best short stories with moral values for students. Two brothers, Bi and Bo were passing by a toy shop. Bi was elder to Bo. Bo said, “I want that white stuffed sheep so much.” To this, Bi said, “I like the plane model, but we don’t have money to but them. Let’s go home!”

The brothers just went out of the door when Bo saw a wallet. “Somebody dropped the wallet, brother,” said Bo. Bi opened the wallet. The numbers on the paper money were so big that even Bo had not learned  them yet. Also, read The Bad Company. 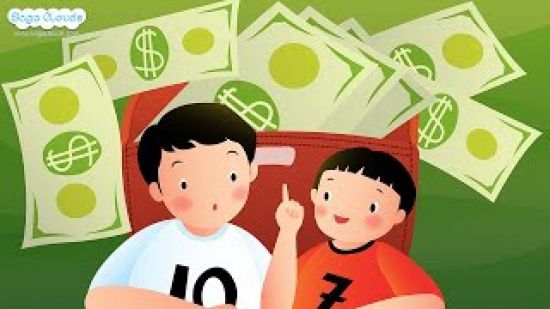 Bi told his younger brother, “There is a lot of money here!” Bo’s eyes opened wide and said, “Wow! Can we use this money to buy toys, brother?” Bi found his brother’s suggestion was the same as his. But he suddenly recalled the time when their mother lost her money last week. He told his brother, “Bo, do you remember last time when mother lost her wallet? She was really sad for a few days. I’ll try to return this wallet to its owner.”

After that, Bi and Bo returned to the cashier and told her, “Miss, we found this wallet at the doorsteps. Can you help us to return it to the owner?” The cashier smiled at the brothers and said, “You are very good children. I will surely help you!” Immediately, she asked loudly if anyone in the shop was missing his/her wallet.

A woman heard that and immediately ran to the cashier and claimed that the wallet was hers. The cashier checked the papers in the wallet and knew the wallet truly belonged to that lady. So, she gave it back to her. The woman gratefully thanked Bi and Bo. Then, she asked to give each of them a toy in the shop of their own choices.

Bi and Bo were overjoyed and picked two toys that they liked. Unfortunately, the stuffed sheep was taken already. So, Bo picked a teddy bear. Bi got a plane just as he wanted. The brothers thanked the woman and happily went home to show their mother the gifts that they got as a reward from that woman. The mother became very happy when she heard that her kids have become so kind and gentle. You may also like to read, The Good Brother.

MORAL OF THE STORY: IF YOU FIND ANY OF THE BELONGINGS THAT BELONGS TO OTHERS, YOU SHOULD IMMEDIATELY RETURN IT. THAT’S A GOOD DEED.

Here is a short visual depiction of one of the best short stories with moral values for students “The Dropped Wallet“. See the video story below,