The Eagle and the Fox

This is an amazing animals story in english. Once upon a time, an eagle befriended a fox. Soon both of them became extremely close. They became so close that they decided to build homes next to each other. As a result, the eagle built its nest near the bushes where the fox lived. They were happy together.

Time flew by and both the friends had children of their own. They loved their children. One day, the fox left its cubs in the bushes. “I’ll be back soon,” she promised her children, “I have to look for some food.” After saying so, she dashes away in search of prey. While mother fox was away, the eagle’s babies got hungry. “But I do not have any food to feed them,” the eagle thought sadly. 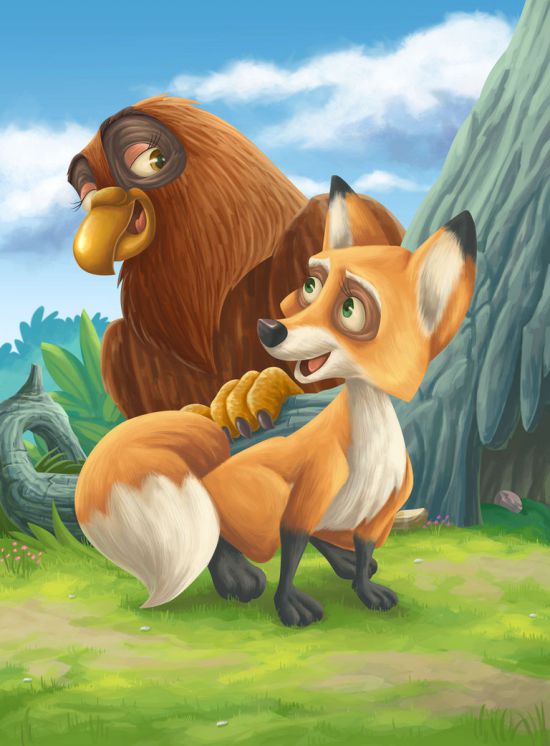 Image Source–> www.deviantart.com. Then, the evil eagle spots one of the fox cubs playing around. The eaglets were crying out of hunger. “I should feed one of the cubs to my children,” the eagle decided and swooped down to pick one up. The eagle fed her friend’s one of the cubs. When the mother fox returned, she saw the eagle feeding her child to her babies. “What have you done?” she asks the eagle, crying all the while. The poor mother fox was heartbroken and in pain. “You have cheated a friend, a good friend,” she cried as she took her cubs and left never to see the eagle again.

Even after being cheated on by a friend, the fox never for wished any harm to her friend. She was a good friend. But God had other plans. Also, read The Eagle And The Arrow.

One day, when the eaglets were hungry, the mother eagle set out to hunt again. This time she went to the nearby village. “I will surely find easy prey here,” she thought. Soon, she found a big chunk of a dead goat. Which she picked up hurriedly and flew back. But as soon as she put it in her nest to feed the eaglets, the nest caught fire. The poor eaglets were hurt badly. And one of the eaglets died too.

The poor eagle was heartbroken and in pain. The fox happened to be passing by that day. She saw the eagle’s nest on fire. “God has punished you for betraying a dear friend,” she said and went away with a heavy heart. She had not wanted her friend to suffer the same pain of losing a child. But this was divine justice, God had punished the one who deserved to be punished nevertheless. You may also like to read, The Sly Fox.

Here is a visual depiction of animals story in english, “The Eagle And The Fox”. See the video story below,