This is one of the short fairytale stories online for kids. Once upon a time, there lived a King and a Queen. The family of the King was blessed  with the power of fairies. Soon, the couple was blessed with a beautiful baby girl. On the day of her birth, the god fairy appeared and blessed her with the powers of a real fairy. The fairy Princess was given a name Jasmine.

Princess Jasmine used to give her suggestions to the King in the court. She was excellent in studies. Jasmine was a very intelligent girl from her childhood days. As she was a fairy, she also used her magic for a good cause. Also, read Princess September Summary. 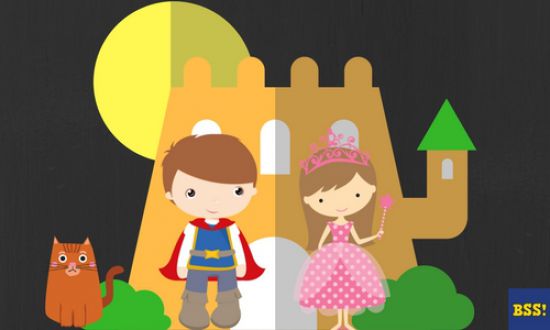 Soon, she grew up into a beautiful young Fairy Princess and it was time for her to get married. All the Princes from the nearby Kingdom wanted to marry her because of her riches and her magical powers.

One day, Princess Jasmine suddenly disappeared from the palace. Her father, the fairy King was shattered and heart-broken. He had stopped eating and even drinking as he was grief-stricken. The King sent some fairies to search for Jasmine but she was not found.

Two days later, a young magician, Haider visited the King’s palace and offered to help him. “Your Highness, I will bring Princess Jasmine back to the castle!” he promised the fairy King. Haider had a magical mirror which showed the Princess being taken away by a cruel wizard. He wanted to marry Princess Jasmine forcefully and hid her in his castle.

Soon, Haider went to the wizard’s castle and turned him into a cat with the help of his magic wand. He immediately rescued Princess Jasmine. She thanked him and fell in love with him at the very first sight. Haider locked the cat in a cage and brought Princess Jasmine back to the Fairy Kingdom. You may also like to read, Princess Rose And The Golden Bird.