The Farmer And The Dog

This is The Farmer And The Dog story for kids. Once upon a time in a village lived a farmer. The farmer had a dog. One day, the farmer left his dog along with his newborn baby. The farmer went out on business after telling his dog to take care of his baby. “The dog has been with us for so long, I am sure my baby would be safe and sound”, thought the farmer. Also, read The Sly Fox.

But by the time the farmer returned it had grown dark. When he reached his home, he straight away went to see his baby. But when he reached the baby’s room, to his horror he found blood on the floor. A little further he saw his baby’s cradle overturned, and some more blood. 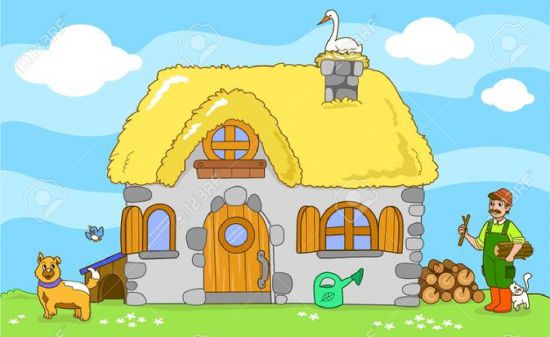 The Farmer And The Dog

Image Source@ www.123rf.com. “What is this?” he thought. “Where is the dog?” he wondered in confusion. The farmer looked for his baby, but he could neither see nor hear his baby. Finally, he found the dog lying in the corner of the room. The farmer saw that the dog had blood on its body and mouth.

“And here I thought this dog was faithful! I thought my baby was safe with the dog”, raged the farmer. He thought that the dog had killed his baby. The farmer, in a fit of anger, picked up an axe and struck the dog killing it instantly. Also, read The Dog Who Went Abroad.

“My poor baby!” cried the farmer. The farmer went back to the cradle and turned it over. There he found his baby sleeping safely. A wave of relief washed over the farmer. Just then, the farmer’s eyes fell on a dead snake that lay nearby.

“Oh God what have I done!” cried the farmer, for he just realized that he had made a grave mistake. A mistake that could not be rectified ever again! His dog had remained faithful until the very end. The dog had fought off the snake and kept the baby safe. Even though the farmer was happy that his baby was safe, he was extremely sad about his dog. Also, read The Dog In The Manger Story.

MORAL OF THE STORY: WE SELDOM SEE THE TRUTH WHEN WE ARE ANGERED.