The Fish And The Fishing Rod

This is one of the simple short stories with moral for the little ones.A long time ago in a village in China, there lived a man called Zheng. Zheng was a fisherman and every day, he would go to the river to fish. You may also like to read, The Fisherman And His Flute.

One day, when he was coming back from fishing, Zheng met a very poor man sitting by the side of the road. “Can you help me, please?” the man asked Zheng. “I am very hungry.” Zheng had a good heart, so he gave the man the biggest fish he had. “Thank you!” said the man and off went Zheng back home. 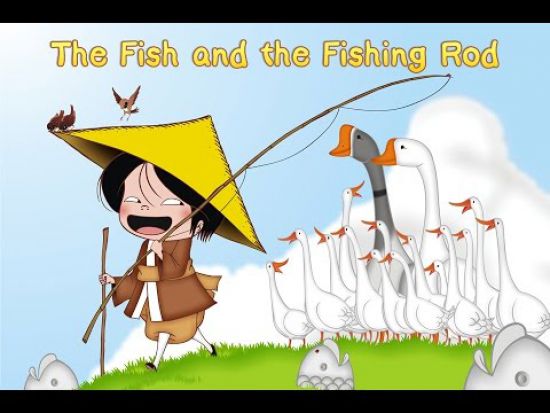 The next day, Zheng took his fishing rod and went down to the river. The sun was shining brightly and Zheng had a delightful time fishing. On his return trip home, Zheng met the very same man sitting on the ground. “Good evening, Mister! Could you spare me a fish?” he said. “I haven’t eaten anything since yesterday!” Zheng agreed to give another fish to the poor man who thanked Zheng dearly for his act of kindness and Zheng went on his way.

A wise old man from the village saw Zheng giving the fish to the poor man and decided to go and talk with Zheng. “Zheng,” the old man said, “I just saw you giving a fish to that man. Do something for me! Tomorrow, bring an extra fishing rod and take that man fishing with you.” Zheng did not quite understand but he agreed to do with the wise old man had asked for him.

The next morning, Zheng took an extra fishing rod and went searching for the poor man. After a while, he found him and he asked the man to accompany him down to the river. The poor man immediately agreed. Also, read The Fisherman And The Genie.

Once, on the river, Zheng gave the man his other fishing rod. The man had never seen a fishing rod before. So, Zheng began to explain to him how to manage it. After some time, the poor man began to understand how to fish. He stood there watching Zheng fish and they both spent a lovely afternoon together. When the sun was setting, Zheng gave the man a fish for his dinner and then each man returned to his home for the evening.

The very next day, Zheng went to the river as usual. To his surprise, there was the man fishing with the fishing rod Zheng had given him only the day before. The man had already caught three big fish. Zheng spent the day fishing with the man. They had the best of times and became very good friends. The man caught so many fish that he didn’t have to ask Zheng for any.

Here is a visual depiction of one of the simple short stories with moral  “The Fish And The Fishing Rod”. See the video story below,