The Fox And The Cat

Here is a famous aesop fable to read for kids. On one sunny and warm day, a cat and a fox were sitting under the big tree talking to each other. Both were walking out together. The Fox began bossing up itself. Randomly, he started discussing how they would escape the pack of dogs.

The fox was very boastful. “I know a lot of ways to save myself from dogs like I can run into the forest or hide behind some bushes or trunks or I can hide inside the burrow,” the fox said proudly. The cat said, “Meow! Good for you! I know just one way and that is to climb a tree.” The fox told the cat that with just a single way, she couldn’t save herself. 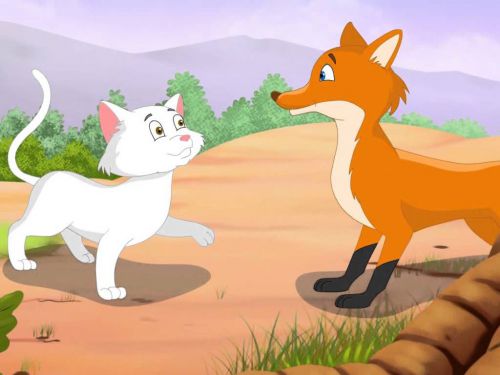 Just as they were talking about this, a pack of dogs attacked them. The cat quickly climbed up the tree whereas the fox ran here and there, tried to found the burrow and tried hard to escape. But finally, the dogs caught the fox and killed him. The cat, on the other hand, remained safely on the tree.

MORAL: INSTEAD OF BEING THE JACK OF ALL TRADES, IT’S BETTER TO BE A MASTER OF ONE.

Here is a visual depiction of this famous aesop fable, “The Fox And The Cat”. See the video story below,

The Fox And The Cat Story Video