The Fox And The Sick Lion

This is one of the many famous Aesop Fables for kids. Once upon a time, there lived a lion in the forest. As the lion was growing old, he was unable to hunt for his food. He thought that without food, he will die of starvation. So the lion thought of a plan. He decided to lie down in the cave and pretend that he is ill. And whosoever will come to meet him will become his prey.

Being the king of the jungle, the lion announced he was sick and summoned the animals to come and hear his last will. The lion put his sinful plan to practice and it started working. Poor animals did not know about his wicked plan and fell into his trap. Many of his well-wishers got killed. From the ant to the ox, horse to the donkey, elephant to the tortoise, all the animals started disappearing from the cave. 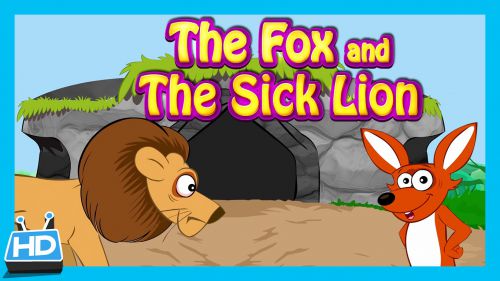 One day, a fox came to visit the sick lion. The fox was clever and discovered the trick. He stood on the outside of the cave, at a respectful distance, and asked, “How are you, Sir?” “I am not feeling well at all, but why don’t you come inside to meet me,”roared the lion. The fox replied “No, thank you, Sir! I have noticed that there are many prints of the feet entering your cave but I see no trace of returning. Still if I come inside, I would be a fool!”

MORAL: YOU SHOULD NEVER TRUST A FAKE PERSON.

Here is a short visual depiction of one of the many famous aesop fables, “The Fox And The Sick Lion“. See the video story below,