This is one of the most amazing short stories about brothers to read.Once upon a time, there lived three brothers in the castle. The Princes would love to explore new things and so all of them decided to set out in search of adventures. Both the elder brothers used to make fun of the kind-hearted brother. The little prince was called Simon. Also, read The King And His Three Daughters.

On their way, they came across an anthill. Both the brothers wanted to destroy it but Simon stopped them from doing so. As they continued on their journey, they saw some ducks swimming in the lake. Now, the elder brothers wanted to kill the ducks. But again, the youngest brother stopped them. In a couple of hours, they saw a tree with a big beehive. “Ummm… Let’s build a fire near this beehive! This will suffocate the beehive and we can have a tasty supper,” said one of the elder brothers. But, Simon ruined their this plan as well. 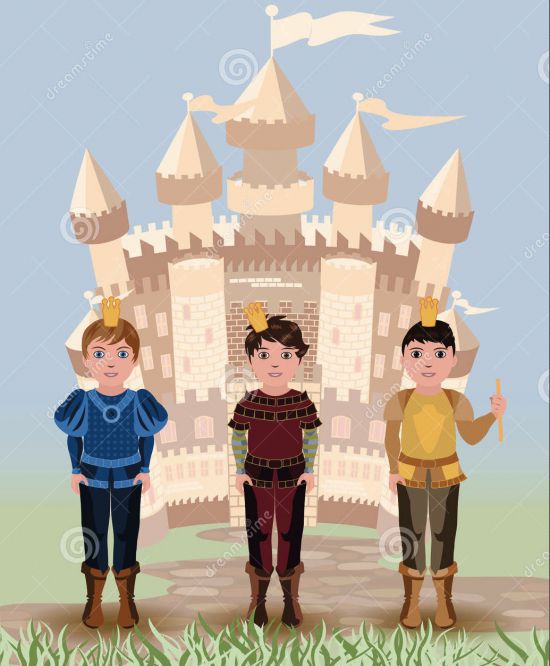 Image Source–> cartoondealer.com. In a couple of hours, they saw a tree with a big beehive. “Ummm… Let’s build a fire near this beehive! This will suffocate the beehive and we can have a tasty supper,” said one of the elder brothers. But, Simon ruined their this plan as well.

Finally, the brother reached the Enchanted Castle. A quaint little man was standing right beside the door. “If you want to free this Castle from a bad magic spell, you have to complete three tasks.” Now, the elder brothers were very excited. “The first task was to collect one thousand pearls which are lying below the moss. Complete the first task by sunset or else you will be turned into a stone,” added a quaint little man.

The elder brothers started to do their first task but both of them failed. As the sun was ready to set, both of them became the stone statues. The youngest brother had no option but to save his elder brothers. Simon was all set for his first task. The ants he had saved helped him in collecting the pearls and he completed his task before the sunset. Also, read The Three Wishes Story.

The quaint man reappeared and said, “Very good, son! Now your second task is to find the key to the princess’s chamber which is lying at the bottom of the lake!” He went to the lake where he met the same ducks whom he saved from his brothers. The Ducks quickly brought the keys to the Princess’s chamber. The youngest prince was successful in completing the second task as well.

Moral of one of the most amazing short stories about brothers: ALWAYS BE NICE TO PEOPLE AND THEY WILL BE NICE TO YOU.

Tagged with: short stories about brothers