The Good Side Of Things

This is one of the great English moral stories for children. Once upon a time in a faraway kingdom, there lived a king who was fond of hunting. He had a chief minister who was a very wise and optimistic man. He was so optimistic about everything that it irritated the King.

One day, the King and the Minister went hunting in a dense forest in the outskirts of the Kingdom. As they went on, they began to get hungry. The King said, “I will have some coconuts for lunch!” and cut a coconut from a tree with his sword. Suddenly, the sword slipped from the King’s hand and its sharp blade fell on his foot cut off his toe. Also, read Hard Work And Laziness. 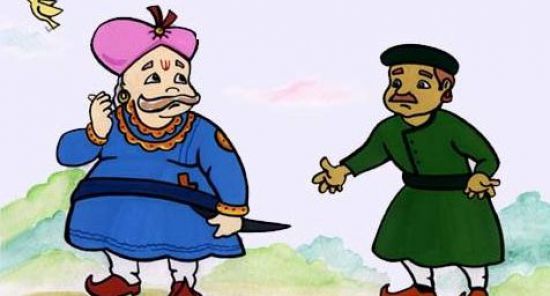 Image Source@ www.linkedin.com. The King screamed in pain and turned to his Minister. To his shock, the Minister laughed and said, “Oh! That’s magnificent!” The King was furious to hear this and said, “How can it be magnificent?” The Minister replied, “Well, your majesty, everything happens for the best. We may not be able to see the good in it now, but we’ll realize it in the future.”

The King was very angry, he pushed the Minister into the dry well that was nearby and hobbling back towards his palace. On his way, he was captured by a group of wild tribals who decided that he would be an excellent sacrifice to their God.

The King rushed back to the well where he had pushed his Minister and pulled him out. Then, hugging the Minister, he said, “I am very sorry my dear friend! You are indeed wise!” The King then told him of all that had happened. The Minister smiled and said, “You don’t have to apologize, your majesty! I am lucky that you pushed me into the well. Thank you!” You may also like to read, Tit For Tat.

The King was puzzled and said, “Why are you thanking me? I did you wrong!” The Minister laughed and said, “Oh no, your majesty, you saved my life! If you had not pushed me into the well, those tribals would have caught me and I would have been made the sacrifice.” The King was taken aback by this truth and said, “You are right my dear friend! You are truly wise! From now on, I’ll always look at things from a positive point of view.”

The King and the Minister then made their way home. When the Queen saw them coming back, she went to them and asked, “Well my dear King, were you able to catch any animal?” The King replied, “No, dear Queen. I did not catch any animal but I got something more valuable!” “What is that?” asked the Queen. The King smiled and said, “Wisdom!”

MORAL: ALWAYS LOOK AT THE GOOD THINGS IN THE LIFE, AND NEVER DWELL ON THE NEGATIVE.

Here is a visual depiction of one of the amazing English moral stories “The Good Side Of Things”. See the video story below,