The Green Frog That Didn’t Listen

This is a great animal story for kids. There lived a mother green frog and her son in a small pond. The son never listened to the mother and always did the opposite of what the mother told him. “There are many snakes in the woods, don’t go there,” the mother said. If the mother said that, the son would go to the woods and play.

He almost got eaten up by a snake several times. The mother would teach the son many times and said, “Say ribbit and try singing like a frog.”, but the son would say ‘bittir.’ The mother was upset because the son always did the opposite of what she told him. He never listened to what the mother said. 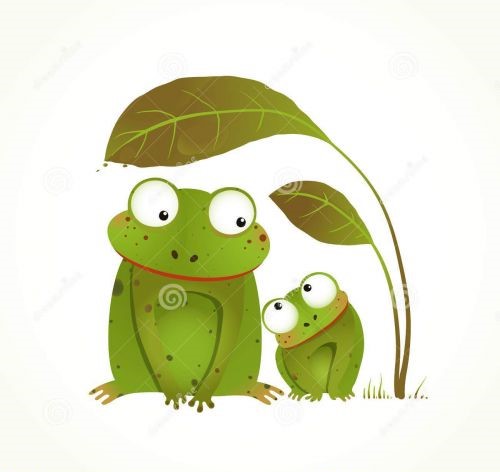 The mother was always worried about the son and one day she became very sick. She told the son, “Listen, I won’t live much longer. When I die, you must bury me in the water.” The mother said this and died. Since the son always did the opposite, the mother thought he would bury her in the mountain if she told him to bury her in the water.

When the mother died, the son realized what he had done wrong. “My mother died because of me,” he thought to himself. No matter how much he regretted it, that would not bring back his mother. The son thought that he should do as his mother said for the last time. And the son buried the mother in the water.

He said, “Mother, I’m sorry. Forgive me.” Just then, it rained. The son was worried that his mother’s grave would float away and he cried. That is why green frogs cry whenever it rains.

Here is a visual depiction of an animal story for kids, “The Green Frog That Didn’t Listen Story”. See the video story below,