The Hare And The Hound

This is the hare and the hound story for kids to read. Once upon a time in a forest, there lived a hound who was very hungry. He was roaming here and there in search of his prey. But he could not find any prey to eat that day. Also, read The Dog Who Went Abroad. 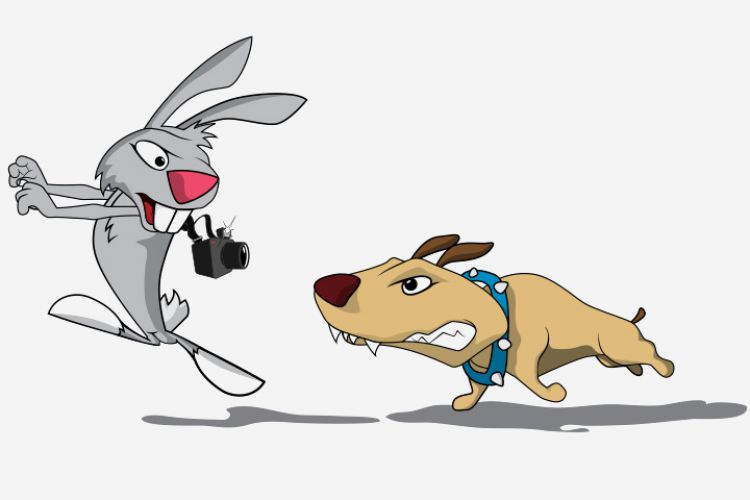 hare and the hound

Image Source @www.momjunction.com. When he returned empty-handed, the other members of his family started making fun of him. “Hey! What happened? Where is your prey?” asked the donkey. “You could not catch hold of a hare!” said one of the hounds. “You are so big in size and the hare is so tiny. Still, you could not get it!” said another donkey! “What a shame for our community!” said another hound from the group.

“You boast so much about yourself! Tell us why you could not catch that slow pacer rabbit?” asked the mongoose. When he saw everyone making fun of him he barked and said, “Bow! Bow! Why don’t you understand? I was running to get some food, but the hare was running to save his life!” Also, read The Foolish Donkey.

MORAL: INCENTIVE SPURS EFFORT ‘OR’ LIFE IS THE MOST PRECIOUS THING.

Here is a visual depiction of the best bedtime stories for kids, “The Hare And The Hound”. See the video story below,

Hare And The Hound Story Video