The Hunt The For Camel

This is one of the Arabian nights short stories for children. Once upon a time, there lived a man in a small village in Arabia. He had a camel and whenever he went on a journey, he went along with his camel. At one such journey, he lost his camel unexpectedly. He searched for his camel everywhere. As he went on the road, he asked the villagers, “Have you seen my camel.” But none of the villagers knew about it.

Some days later, on his way, he met three wise men. He asked the wise men “Have any one of you seen my camel? I lost him in my journey.” The three wise men thought for a while and began to speak. The first wise man asked him, “Is your camel’s one eye blind?” The man replied quickly, “Yes, yes my camel’s one eye is blind.” The second wise man asked him, “Is your camel lame?” The man immediately said, “Yes, yes he is lame!” The third wise man asked, “Was your camel carrying honey on one side and grain on the other side?” At that moment, the camel’s owner became very happy and asked, “Please, tell me, where is my camel?” You may also like to read, The Arab And The Camel. 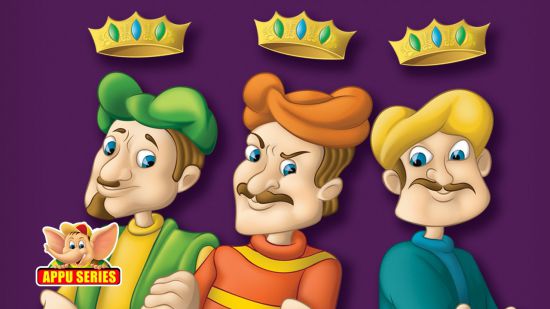 Image Source–> www.youtube.com. At that moment, the camel’s owner became very happy and asked, “Please, tell me, where is my camel?” The three wise men told him, “We had not seen your camel?” “You three are fooling me now” Don’t make fun of me”, the man shouted in anger. The three wise men said calmly.” We are not fooling you. We didn’t see your camel anywhere”. The man got angry and took the three wise men to the King.

As they reached to the palace, the man told everything to the King The man said, “The three men had stolen my camel, my Lord. They also told me how my camel looked like.”. The king asked the three men what had happened. The three men denied and told the King that they had never seen it. The King asked them, “How can you tell the identity of the camel lost?”

The courtier including the king wondered about the cleverness of the three wise men. So the king declared that they were not thieves and he asked the owner of the camel to search on the way the three wise men had come. The camel man went out of the court bending his head in search of his camel. The king appointed the three wise men as his ministers and ruled according to their advice. Also, read How The Camel Got His Hump.

Here is a visual depiction of one of the best Arabian nights short stories, “The Hunt For The Camel”. See the video story below,