The Incredibles Save The Day

This is The Incredibles story for kids. In the city of Municiburg, everyone slept soundly. That’s because they knew Supers like Mr. Incredible would keep them safe. One night, a boy named Buddy tried to help Mr. Incredible stop a robbery. Buddy didn’t have any powers but he wanted to be Mr. Incredible’s sidekick. But the Super didn’t want a sidekick. “I work alone,” he said, “Go home!” He made it very clear that he didn’t want Buddy’s help again. You may also like to read, Pinocchio Story.

That night Mr. Incredible married another Super named Elastigirl. They were very happy. But then one day, Mr. Incredible saved someone who didn’t want to be saved and he was sued. Other Supers were sued for their good deeds, too. The government decided the lawsuits were too expensive. So they started Super Relocation Program and gave all the Supers new names and regular jobs. There was one condition: The Supers couldn’t use their powers. 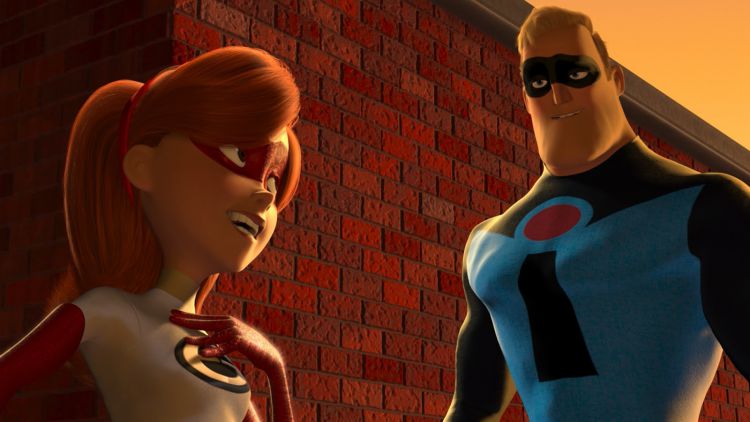 Mr. Incredible and Elastigirl became Bob and Helen Parr. They had three kids- Violet, Dash, and Jack-Jack. They tried to live a normal life but sometimes things got crazy. Violet could generate force fields and turn invisible, and Dash had super speed. Luckily, little Jack-Jack didn’t seem to have any powers yet.

One day, a mysterious person contacted Bob. Her name was Mirage, and she knew he’d been a Super. She had a top-secret mission for Bob. He missed doing Super work so he decided to take it. Bob told Helen that he was going on a business trip, but then put on his Super suit. He got on a plane with Mirage. As they flew to an island, Mirage told Bob it was a government testing facility.

Mirage told Bob they’d lost control on an experimental robot called Omnidroid. “It’s a learning robot,” Mirage said. “Every moment you spend fighting it only increases its knowledge of ho to beat you.” Mr. Incredible used all his strength and finally tricked the Omnidroid into defeating itself. When he went home, he felt like a new man. And when he got another call from mirage about more work on the island, Bob eagerly agreed to go. Also, read Finding Dory.

But when he got there, he realized he’d been set up. It turned out that Mirage’s boss was Buddy, the same boy who had wanted to be Mr. Incredible’s sidekick long ago. Buddy wasn’t a boy anymore, though. Now he was a villain called Syndrome and he was still bitter about how Mr. Incredible had treated him. “All I wanted was to help you,” said Syndrome.

Syndrome had invented the Omnidroid and had an evil plan to use it to become more powerful. He tried to capture Mr. Incredible but the Super escaped. Later, Mr. Incredible snuck back into Syndrome’s headquarters to learn more about the villain’s scheme. It wasn’t long before Syndrome found him and trapped him with giant blobs of goo.

Meanwhile, back at home, Helen began to suspect that Bob was up to something. She discovered that their old friend, Edna Mode, had made Bob a new Super suit. In fact, Edna had designed suits for the whole family. “Each suit contains a homing device,” Edna told Helen. Helen called a babysitter. Then she activated a device, called in a favor, and borrowed a jet. 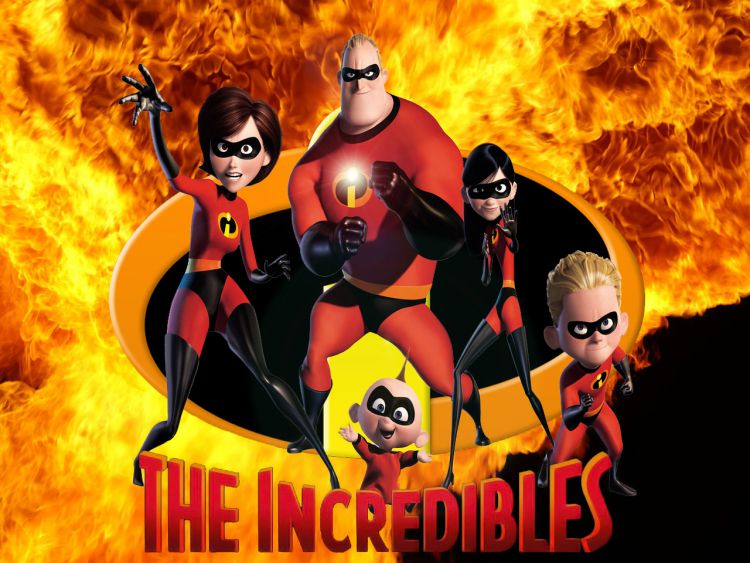 Helen didn’t know Dash and Violet had stowed away until they were in the air. When they got to the island, she told the children to stay in the cave. But Syndrome’s guards soon found them. “Dash, run!” Violet yelled. Inside Syndrome’s headquarters, Elastigirl located her husband and together, they raced back to the jungle to find their children. When they got there, they saw that Violet and Dash were using their powers on the guards- and holding their own!

Suddenly, Syndrome showed up and used an immobi-ray on the whole family so that they couldn’t move. Then he flew off to the city of Metroville- where the Omnidroid was already wreaking havoc. Syndrome planned to prove that he was the hero by defeating the Omnidroid. Luckily, Violet was able to use the force field to break the immobi-ray.

The family flew to the city where they found the Omnidroid out of control. The Omnidroid was destroying everything in sight. It even knocked Syndrome out. It was up to the Supers to save the day. Individually, they were awesome but as a team they were unstoppable! Their old Super friend, Frozone, showed up and together they defeated the Omnidroid. The people of the city cheered, glad that the Supers had returned. But Syndrome hadn’t given up.

When the Incredibles got home, Syndrome was there and had just taken Jack-Jack. Suddenly, the baby turned himself into a mini-monster and scared the villain away for good. The Incredibles went back to their normal lives. But they were always ready to use their powers to keep the world safe again as a family!

Here is a visual depiction of, “The Incredibles Story”. See the video story below,