This is one of the most funny kids stories. There lived two fishermen, who also happened to be close friends. One day they decide to go fishing together. So off they went with their equipment and fishing rods. One of them was an extremely good fisherman, as he had been fishing for a long time and had lots of experience. Whereas, the other one was only a beginner, with almost no experience.

Upon reaching the pond where they were to fish, they decide to sit separately with some distance between them. Once they start fishing, the experienced fisherman starts catching fishes of all kinds and sizes. The experienced fisherman became overjoyed with his catch and quickly threw in his ice chest. On the other hand, the inexperienced one only struggled in the beginning. 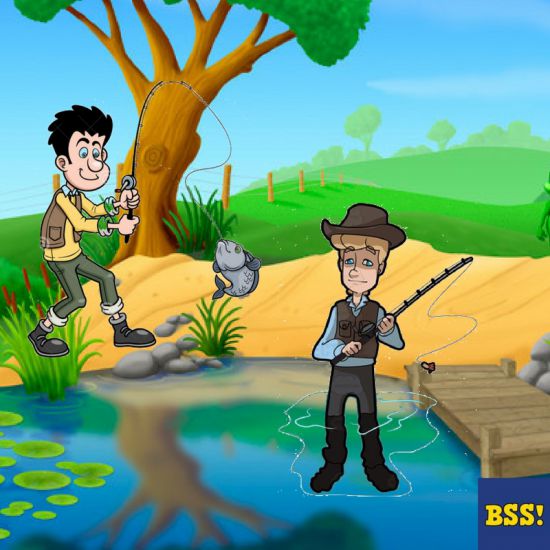 The other man looked at him and sadly said the most shocking thing the experienced man had ever heard. The inexperienced man tells him, “I do not have a big frying pan, so I won’t be able to cook the big fish for dinner even if I take them back!” The experienced fisherman realized that the other one was nothing less of a foolish man, who did not even think of cutting up the fish and then cooking it.

Here is a visual depiction of this funny kids stories “The Inexperienced Fisherman”. See the video story below,