The Jackal And The Drum

This is one of the best panchatantra stories in english. Once upon a time, there was a jackal in a jungle. One day, while looking for something to eat, he saw a big drum under a tree. The wind blew off a tender branch from the tree which struck against the drum and made a sound of a drum beat. Hearing this, the jackal beat the drum twice. It made the same kind of sound both the times.

The jackal thought to himself that there must be some animal inside the drum which would serve as a very tasty meal for him. But, the top of the drum was too hard for him to tear off. He went on beating and scratching the drum for quite some time. Also read, The Blue Jackal. 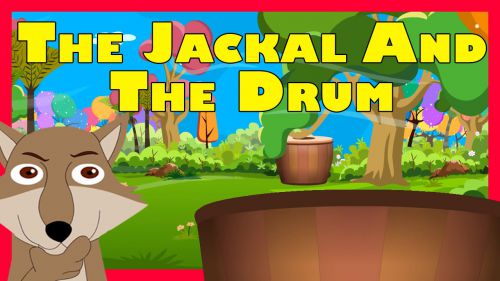 There was a leopard who was hanging around nearby. He heard the drum beat and walked towards the sound. The jackal saw the leopard and told him about the animal which was hiding inside the drum. The leopard himself was very hungry. So, with his strong jaws and sharp claws, he tore off and opened the top of the drum.

But, there was nothing inside it. The leopard was extremely angry at the jackal for fooling him when he was so hungry. He then bounced upon the jackal and eat him up.

MORAL: TOO MUCH GREED IS NOT GOOD.

Here is a visual depiction of one of the amazing panchatantra stories in english, “The Jackal And The Drum Story”. See the video story below,

Tagged with: panchatantra stories in english