The King And His Ghost

This is the amazing short story for children with moral lesson. Long, long time ago, in the Kingdom of India, there lived a King who had a greedy advisor. The King did not know that the advisor wanted to have all of the King’s treasure for himself. 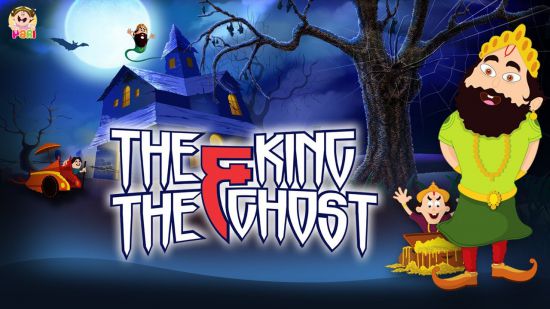 Suddenly, the advisor attacked the King. The King was taken by surprise and got injured very badly. Somehow, he managed to escape from the cave. All of a sudden, a big boulder fell at the entrance of the cave and trapped the advisor inside. Before dying, the King cursed the advisor that only an honest man would be able to free him from that cave.

Many years went by like this. Then, one day, an honest traveler was walking by the cave and saw the boulder. He pushed the boulder aside. He saw an old man sitting inside. The old man told the traveler his whole story. He said that he would reward the traveler with all the treasure he had with him in the cave if the traveler helped him. But, the traveler rejected hi offer and moved on.

When they reached the cave, the friends decided to take all the treasure for themselves. Suddenly, the King’s ghost appeared and scared all of them away except the traveler. The King’s spirit rewarded the traveler with all the treasure for being an honest person and not being greedy. The travel couldn’t say no gto the King’s spirit and accepted the reward. Also, read The King And The Foolish Monkey.

MORAL OF THE STORY: THE REWARD OF HONESTY IS ALWAYS GREATER THAN THAT OF DISHONESTY AND GREEDINESS.

Here is a short visual depiction of the short story for children with moral lesson “The King And His Ghost“. See the video story below,