The King’s Son And The Painted Lion

This is one of the best stories with moral lessons for children. Once upon a time, there lived a king. This king only had one son. And to the king’s demise, his only son loved to play dangerous games, sports and martial exercise. No amount of scolding or advice would stop the little prince from his amusement. The king had been worried sick about his son.

One day, the king had a dream, an extremely upsetting dream. In his dream, the king heard a voice. This voice told the king that his only son would die one day soon. And his son would be killed by a lion. The king woke up covered in sweat, heaving heavy breaths. With his son’s reputation, the king knew that the dream was a possibility. Also, read The Prince With Donkey Ears. 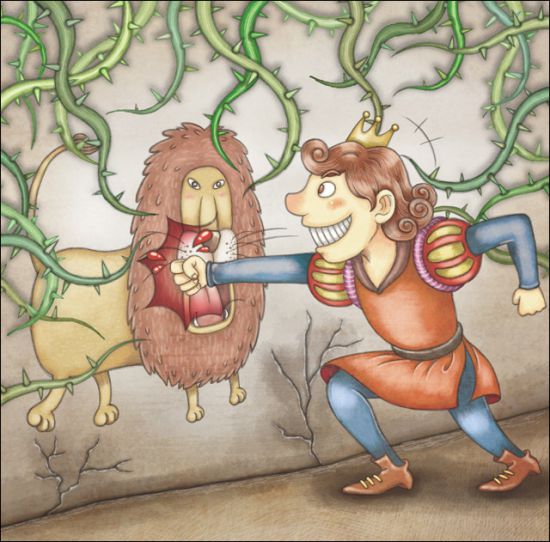 stories with moral lessons for children

Image Source@ chocomarch.com. So, the king treated the dream a premonition and decided to do something about it. He did not want to lose his only son. So, he built a huge castle. And surrounded the castle with a beautiful forest of trees.

The castle was built magnificently, with great walls and huge rooms and painted with many beautiful things. The king made sure to put enough toys in the castle for the prince to not get bored of. Soon the prince was brought to the beautiful castle and locked up. The prince was not happy there.

One day, when the prince was inspecting the pictures of animals painted on the walls, he saw a lion in the painting. Infuriated at the painted lion, the prince screamed at it. “It was because of you that I am here today,” he said to the painted lion. “You appeared in my father’s dream and he was told I’d be killed by you. So, here I am now! Now, what should I do?”

Then the prince stuck out his hand from the window. He meant to pick out a thorn branch to beat up the lion. Unfortunately, a thorn pricked the young prince. He screamed out in pain and soon fainted. The prince took to bed and was taken down by an inflammation due to the thorn. A few days later, the prince passed away. You may also like to read, The Tiger King.

MORAL OF THE STORY: IT IS BETTER TO FACE OUR TROUBLES HEAD ON THAN TO TRY TO ESCAPE THEM!

Here is a short visual depiction of one of the best stories with moral lessons for children “The King’s Son And The Painted Lion“. See the video story below,