This is an awesome kids bedtime story. There was a little boy named Chip. His parents gave him a new book. It was about a princess who couldn’t laugh. Nobody could make her laugh. Chip had an idea. “Try and make me laugh,” he said to his friends. His friend, Biff had a magic key in her hands. She made a funny face but she couldn’t make Chip laugh. Biff put a funny wig. She told a funny joke but she couldn’t make Chip laugh. “It’s no good!” she said.

Kipper, his other friend had some joke teeth. The joke teeth were new. The teeth went click, click, click. Everyone laughed and laughed. The magic key began to glow. The children ran into Biff’s room. The magic took them on a new adventure. 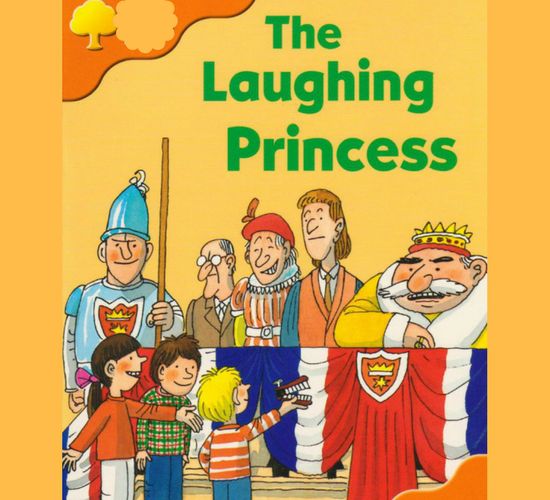 The King ran after the dog. Everyone ran after the king. The king fell over. The dog saw the bone and it stopped. Chip grabbed the dog and the dog dropped the teeth. Kipper picked up the joke teeth. Everyone look at them but it was broken. “Oh, no!” said the king.

“What made the princess laugh?” asked Kipper. “I don’t know,” said Chip, “but those people were laughing at silly things!” Also, read Peter Rabbit Story.

Here is a visual depiction of the kids bedtime story, “The Laughing Princess”. See the video story below,