The Lazy Man And The God’s Plan

This is an amazing moral story to read for kids. A long time ago, there lived a very lazy man who always looked for an easier way to feed himself. You may also like to read, The Sly Fox Story.

One day, while he was searching for food, he saw a big fruit farm. As he looked around, he didn’t see anyone guarding the fruits on the tree. At once, he decided to steal some fruits. As soon as he walked into the farm and started to climb the tree, a farmer saw him and chased the lazy man. The lazy man saw the farmer coming behind him with a stick. He got so afraid and ran as fast as he could. He ran for his life and reached in the forest nearby and went inside it to hide. 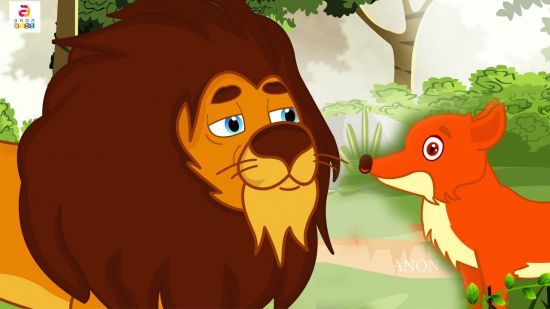 After some time, he started to move on from the forest. While crossing the forest, he saw a wonderful scene. There was a fox that had only two legs. The fox was still crawling happily. The lazy man thought, “How can this fox stay alive in such a poor condition? The poor fox cannot even walk properly! How it must be able to feed himself or stay alive from the threat of other animals!” Also, read The Lion, The Mouse, And The Cat.

Suddenly, he saw the lion coming towards the fox with a piece of meat in his mouth. All the animals ran away as they saw a lion coming towards them. The lazy man climbed up the tree to save himself but, the fox stayed at its place. It was not able to run with its two legs. But what the lazy man saw was truly surprising! The lion left a piece of meat that was in his mouth for the fox.

The lazy man felt happy seeing god’s play. He thought the god who is the creator of all, always has a plan to take care of its people. He thought that God must have planned something for him, too. So, he left that place and sat under a tree waiting for someone to feed him, too. You may also like to read, The Fox And The Horse.

He spent hours waiting for his food. He waited there for two days without any food! Finally, when he couldn’t bear hunger anymore, he left the place and decided to go back home.

On his way, he met an old sage. The old sage was known for his wisdom. The lazy man told everything he saw throughout his journey. The sage first gave him some food and water. After that, he asked the sage, “Oh, wise sage, the god had shown his kindness on the handicapped fox, but why the god was so cruel to me?” Also, read The Lazy Boy That Became A Cow.

The old sage smiled and said, “That’s true! God has a plan for everyone. You are definitely a part of god’s plan. However, my child, you took his sign in the wrong way. The god did not want you to be like the fox. He wanted you to be like the Lion”.

Don’t forget to check out the printable version of this moral story on Pinterest from here.

MORAL OF THE STORY: ALWAYS LEARN TO SEE THINGS IN A POSITIVE WAY AND SEE YOURSELF IN A STRONG POSITION TO HELP OTHERS.
“OR”
DON’T GO FOR AN EASY CHOICE. MAKE A RIGHT CHOICE.