This is one of the best bedtime story for kids to read online. Once upon a time, the whole world was invited to a festive competition. It was the jumping contest set up by the King. Of course, not everyone in the world was able to attend, much to his disappointment. Still, there was a hefty crowd, anxious to see who could jump the highest. Read more such wonderful short bedtime stories here.

Three contenders stepped forward as the trumpeter blew his horn. Each bowed to the King and he nodded back with a smile. His beautiful daughter sat next to him on her princess throne. “I’ll give my daughter’s hand in marriage to the one who jumps the highest”, announced the King. The crowd clapped and cheered. “Gentlemen, are you ready?” the jester shouted. 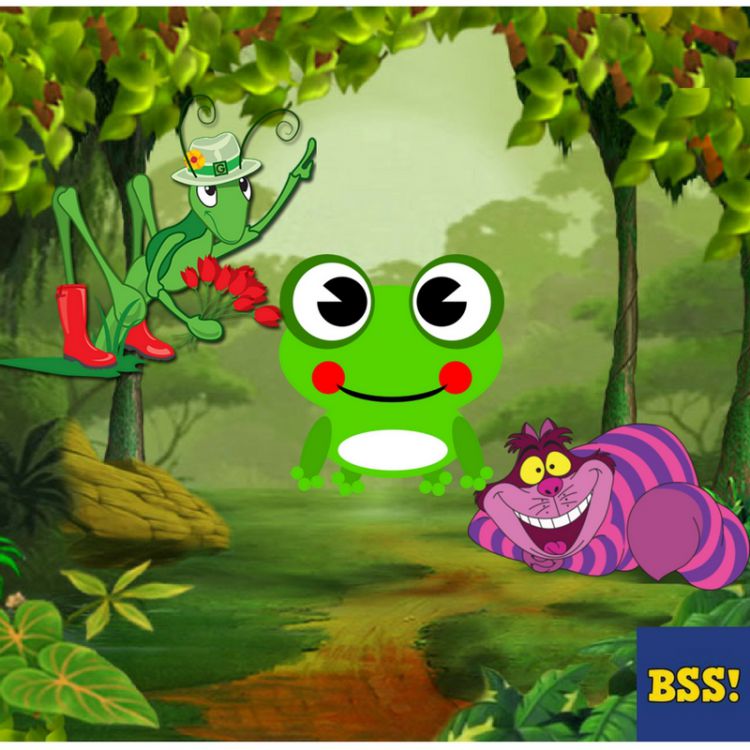 A stately flea stepped forward. He held up his head and puffed out his chest. “Indeed I’m!” he replied, bowing to all sides of acknowledge the cheering crowd. “The flea has stately manners,” the King whispered to the princess. Next, a grasshopper dressed in green uniform bowed to the crowd. “I have heard that he’s from an ancient Egyptian family and he lives in a royal house of cards,” the princess said to her father.

Next, a grasshopper dressed in green uniform bowed to the crowd. “I have heard that he’s from an ancient Egyptian family and he lives in a royal house of cards,” the princess said to her father. The grasshopper cleared his throat and started to sing. Again the crowd cheered. “As you can tell, I have the most beautiful voice in all of the Kingdom. Sixteen native grasshoppers living near my royal house of cards are wasting away with envy,” he said. The princess loved his voice and said to his father, “I hope he wins so he can sing me nightly lullabies!”

The final contestant to step forward was the leap-frog, who neither bowed nor spoke. The King’s dog approached him cautiously and sniffed the simple-minded creature. He sniffed the leapfrog’s head and back. He even sniffed the leapfrog’s webbed feet. Then he turned to his master, nodded his approval and stepped away. “Let us begin!” the jester said. You may also like to read, The Frog Prince.

The flea squatted down and sprung up into the air. But he was so tiny and leaped so high that no one saw him jump. “That is most dishonorable,” said the King, shaking his head in disgust. “The flea tried to trick me and is not worthy to wed the princess!”

The grasshopper gulped. He knew the flea had not cheated and was frightened of the King’s judgment of his own attempt. Still, he stepped forward, squatted down and sprang into the air, landing right on the King’s nose. “Your highness! Forgive me,” he stammered. “You clumsy insect! You are unworthy to wed my princess,” the King roared.

The crowd grew quiet as the people waited for the leapfrog to jump. He stood still, contemplating his course of action. The princess leaned in towards her father. “Perhaps none will ever be worthy enough to marry me,” she whimpered. Just then, the leapfrog jumped. The crowd gasped as they watched him travel sideways and land right in the lap of the princess.

Then, the most remarkable thing happened. The King announced that the leapfrog had won his daughter’s hand in marriage. Everybody looked at him and praised him. “What could there possibly be above my daughter?” the King asked. “There’s nothing higher than she,” the leapfrog answered. “You, my friend, understood that!” the King said. The leapfrog nodded.

“You are brave and very smart. I’m happy to grant you your wish to marry my daughter!” The crowd clapped and cheered louder than ever before. “This is truly unfair as I jump the highest. Obviously, merit is not worthy of reward,” said the flea as he finally landed from his high jump. “If I’d known the King wanted intelligence over talent, I would have played this differently,” said the grasshopper sitting on a grassy bank thinking about the world.

At times, life doesn’t seem fair. No matter how hard you try, sometimes someone else gets all the attention. But that doesn’t mean you stop trying and it doesn’t mean you’re not a winner. Remember, there’s always next time. Also read, The Frog Whose Belly Burst.

Here is a visual depiction of the best bedtime story for kids to read online, “The Leap Frog”. See the video story below,