The Legend of the Black Sea

This is the legend of the black sea for kids. This story has been adapted from the original work of Sergey Nikolov. Once upon a time, on a sea shore lived an old man. He had two pets Boley, the dog and Serzhina, the cat. Whenever the master called for Boley, he was always at his master’s side. Unfortunately, the cat was not the same. “Serzhina?” the master called. Also, read Finding Nemo.

The cat was nowhere to be seen. After repeatedly calling for her, the old man would say, “Serzhina, do you want a fish?” The moment the old man would ask her if she wanted a fish, she would appear instantly. Boley didn’t appreciate this behavior of the cat. “Black cat, evil cat.” he would say. The old man was quick to scold Boley, “Don’t say that. You’ll see, Serzhina will surely change one day. I have faith in her.” 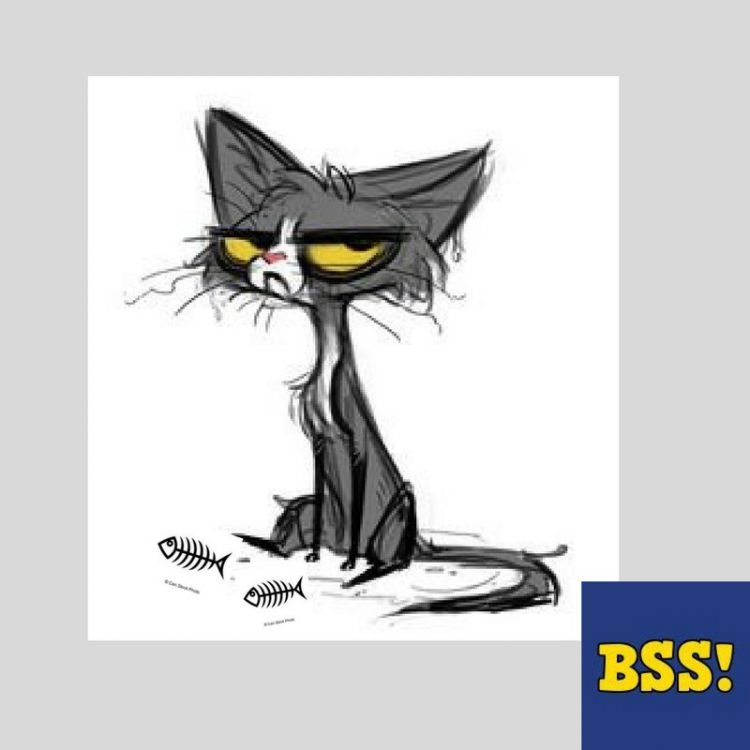 The legend of the black sea Image Source–> @www.bedtimeshortstories.com

One day, the old man became very sick. “Boley please get me the pill from the cabinet,” he spoke feebly. The dog jumped and jumped, but could not reach the cabinet. The old man called for Serzhina. The cat stayed hidden like every other time. “Do you want a fish Serzhina?” asked the old man. The cat quickly appeared.

“I am sick today,” he told the cat, “please get me the pills so that I can get better. Then I will go fishing tomorrow and there will be plenty for all.” The cat effortlessly climbed up the cabinet but refused to give the pills. “I want fish first,” she purred. The old man had no fish for her, he began to cry in anguish.

Soon after that, he heard Boley bark. When the old man turned around he found a pill lying on the ground. The old man was sure Serzhina had dropped it by accident. The old man felt better the next morning. After fishing, he sat and looked at the waves. “Drive her away master. She is evil,” Boley said to his master. Boley reminded the old man of another black cat that had troubled them in the past. “Have faith in her,” the old man told the dog and gave both his pets a fish for breakfast. “Don’t behave that way again,” he told Serzhina. After that, the old man fell asleep.

When the man woke up, his cottage was on fire. “Boley, Serzhina, bring me water,” he shouted. The dog dashed away to get some water. Serzhina, on the other hand did not move. The old man gave her a fish, but even then Serzhina stopped after a while. Boley did not stop for even a minute. The house burnt down in the end.

The cottage was all the old man had. The old man was furious with Serzhina, so he threw her into the sea. The moment he did so, the sea turned black. Soon after that, the old man could not catch fish anymore. The old man and Boley became very weak.

One day, the old man cried out in anger, “Why?!” “Suddenly a herring gull spoke up, “It is because you lost faith in the goodness of your cat.” “But she was evil! She was the reason why my cottage burnt down,” cried the old fisherman. “Maybe so, but she also saved your life once. Are you sure Serzhina had accidently dropped the pill?” the gull asked wisely, “Everyone has good and bad in them. But you must never lose faith.” Also read, The Fisherman and His Wife.

The man started thinking about things. Soon after that, he heard Boley barking. He soon found Boley was barking at a black cat. The old man realized he was wrong to throw away Serzhina. He took the poor cat in. Boley was surprised and said, “Master, you have not learnt your lesson? She is a black cat.” “She must be hungry just like us,” the old man smiled. “Everyone has good and bad in them,” repeated the old man with a smile.

Before the gull flew away it spoke for the last time, “Always remember, without faith a man is like a net without fish.” The old man took care of the cat from that day on. Soon, the sea returned to its normal color. And the man could catch fish again.

Here is a visual depiction of, “The Legend of the Black Sea“. See the video story below,

The Legend Of The Black Sea Story Video