The Legend Of The Dream Catcher

This is one of the great short legend stories for kids. Once upon a time, in the times that the world was still young; an old leader of the Lakota tribe found his way up a mountain.

The leaders of tribes used to go to the mountains for visions and insight, which they later passed onto their people. There, the leader had a vision. Iktomi, the great trickster and teacher of wisdom appeared to him in the form of a spider. You may also like to read, The Story Of The Phoenix. 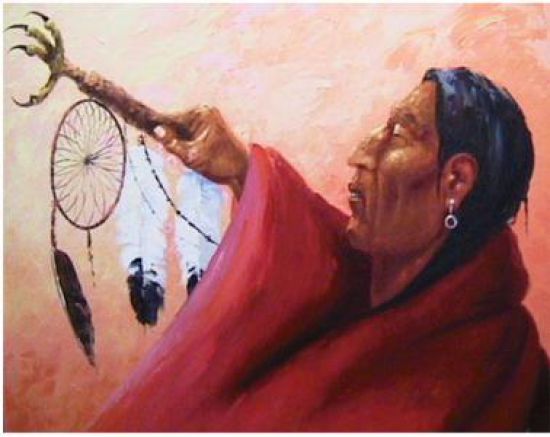 Image Source @sarahfry714.wordpress.com. He spoke to the leader in a sacred language. Only the leaders understood this language. Iktomi told the leader of life and other truths. He told the leader how the circle of life kept moving and how all of the people were born many times. “All of us have many faces every time we are born,” the spider spoke. “And some of us are good and bad.”

The spider spoke whilst weaving a circle out of the feathers and hair from the hoop of the leader. “But you must remember to only mind the good things and good people. If you do that, the good will steer you. But if you concentrate on the bad things, nothing good will ever come your way.”

“The bad things will hurt you and steer you away from your happiness. There are many forces that govern this after all. The harmony of our lives depends on many things. And many forces have a part to play in this harmony. But I must tell you that it is the people who decided what force will decide their harmony. If they listen to the bad things, bad things happen. But if they listen to good things, good things happen.”

“Use this web to help yourself and your people. It can retain visions and dreams,” Iktomi finished. The Lakota elder was highly enlightened. So, he went back to his people and passed the wisdom. And ever since then these tribes have believed in dreams catchers and have used them. Also, read Zeus And The Potsherds.