The Lion And The Elephant

This is one of the best animals stories for kids. In a deep, dense jungle, there lived a lion. He was known for his great power. Undoubtedly, he was strong and had mighty claws and teeth but he had one big problem. He was terrified by the cocking of the rooster. “Can life be worth living if the creature as mighty as me get afraid of such a small creature like a rooster,” the lion cried bitterly. Also, read The Tiger And The Woodpecker.

Just as he was in his sad stage, he spied an elephant. The elephant was huge and scary and he was flapping his large ears quickly too and fro in the great concern. “What troubles you, my friend? Can anything have the power to harm a beast of your size, bulk, and strength?” “Oh yes, you will be shocked. Do you see that black, buzzing gnat! If he wishes to sting inside my ear, I will go mad in pain.” 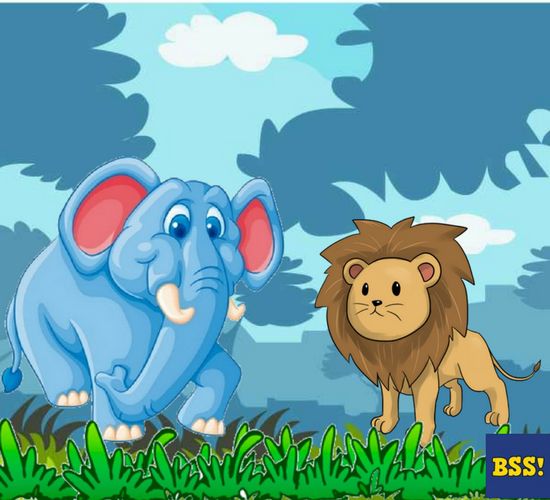 The lion after hearing the elephant took a promise from himself. He decided not to let troubles come in his way. Also, the lion understood that even the strongest creatures have some weak points. He built up his self-confidence once again.  After all, he had much to think off. He was the king of all the beasts. Also, read The Fox And The Wolf.

MORAL: AT SOME POINT OF TIME, EVERYONE HAS HIS WEAK POINTS. ONE SHOULD OVERCOME HIS WEAKNESS AND LOOK FORWARD TO THE BEST THINGS IN HIS LIFE.

Here is a visual depiction of one of the best animals stories for kids, The Lion And The Elephant. See the video story below,