The Lion In Love

This is one of the Aesop’s fables stories about a lion who used to live in a jungle near a village. One day, he sees a very beautiful maiden. Immediately, he falls in love with her. He goes straight to the girl who is standing with her pets and said, “I really like you! Will you marry me?” The girl is scared of the lion and she runs for her life.

The lion thinks that the girl is too shy. So, he goes to see the girl’s father. Her father is a woodcutter. “I want to marry your daughter,” he says to the woodcutter. The woodcutter says, “No, my daughter is afraid of you!” “I will not eat her. I love her!” says the lion. “But you have big teeth,” says the woodcutter and closes the door. The lion has no choice and he goes away. Also, read The Lion King. 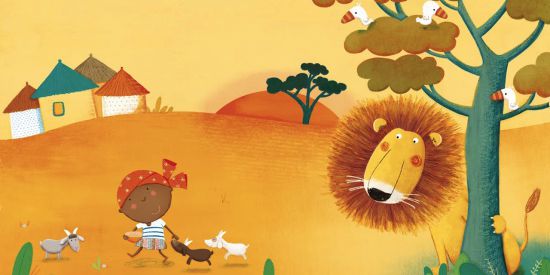 Image Source–> www.youtube.com. The lion is very sad but suddenly, an idea strikes in the lion’s mind. The lion comes back the next day. Surprisingly, he has no teeth. He says, “See, I have no teeth. Can I marry your daughter now?” The Woodcutter thinks for a while and says, “No, you have sharp nails.” Again, the lion becomes sad and goes away.

The next day, the lion comes back again. Now, he has no teeth and no claws. “Can I marry your daughter now?” he asks. Now, the woodcutter is not afraid of the lion. The woodcutter chases away the lion until he drives him away into the forest. You may also like to read, The Man And The Lion.

MORAL OF AESOP’S FABLES STORIES: LOVE CAN EVEN TAME THE WILDEST.

Here is a visual depiction of one of the amazing Aesop’s Fables stories, “The Lion In Love”. See the video story below,