This is one of the great Australian aboriginal stories for kids. Once upon a time, there was a newly throned King. He immediately wanted to learn magic to protect his Kingdom. He went searching for a famous sorcerer to learn magic. The Queen was very sad upon hearing the King’s desire because she was afraid of separation. Furthermore, there were many dangers and difficulties on the way. But he insisted and decided his four ministers to be ready.

The Queen was very sad upon hearing the King’s desire because she was afraid of separation. Furthermore, there were many dangers and difficulties on the way. But he insisted and decided his four ministers to be ready. Also, read The Lion In Love. 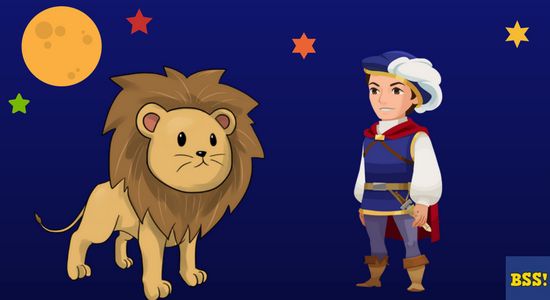 One day, he left with four entourages. The journey was full of difficulties because they must pass great deserts and enter forests with dangerous animals. But there desires were si high that no difficulties could stop them.

Three months with much ado, the King and his entourages reached the sorcerer’s place. The socerer was touched by their bravery. So, he let them stay to study magic. But he had a condition. He said, “You must use your magic morally, never to kill any creature. If you kill even once, all the magic will be gone!” The King agreed to this.

After learning all the magic, they were overjoyed and decided to leave for the Kingdom. But after a month, they got lost in the deep forest. They could not recognize the old track anymore. All the scenes around them were strange. Then, twilight came down and suddenly, dark night covered the whole forest. The trees’ branches covered the night sky. They could not even see any stars for direction. Around them, the sounds of the animals from the forest appeared. You may also like to read, The Lion’s Cage.

The King and his entourages started to feel scared. They planned to use magic to turn themselves into a big, strong, fierce creature which could protect itself and scared the other creatures. Then, the King turned into a head of the creature with mane like a crown. The general followed and turned into creature’s body. Four entourages transformed into four legs. Only, the augur left. He hesitated and then turned into the tail. The creature walked like a King. So, all the animals were afraid of him and didn’t attack it.

The King and his friends stayed like that all night long. But when the morning was coming, a deer passed by. The lion was so hungry because he had not eaten anything for a whole day. Therefore, it reached out its hand, grabbed the deer with his claws, two legs held tight, beat the deer and ate it. Its snout was still red with blood when the sun rose. It wanted to turn back into human to continue the journey.

Suddenly, it realized that it had used magic to kill an animal. That was when it knew it would never turn back into a human again and forever be a lion. Also, read The Lion’s Breath.

Here is a short visual depiction of one of the Australian aboriginal stories “The Lion’s Tale“. See the video story below,