This is one of the best children’s fairy tales online which has been adapted from a Korean fairy tale. Once upon a time, there was a kind woodcutter. He worked very hard. 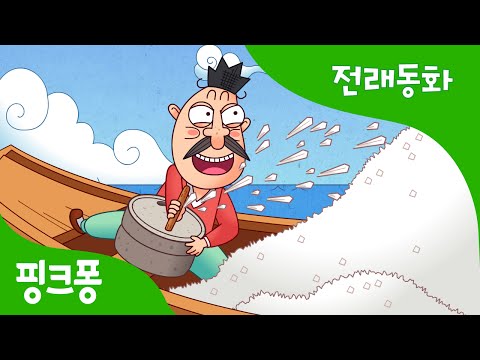 That night, thw woodcutter had a dream. The old man said, “I am the mountain God. You have saved my life! I’ll repay you. There is an old tree behind your house. Dig under the old tree and you will find a gift for yourself!”

They also wanted the millstone. The old man whispered something into his wife’s ear. The wife smiled and nodded her head. When it was dark enough, the ogreedy old man went to the woodcutter’s house. He quietly went to the yard and picked up the millstone out.

“Make it stop,” cried his wife. The old man and his wife argued. In no time, the boat started sinking. The boat sank to the bottom of the sea. Today, the sea is very salty. This is because the millstone is turning and turning! Also, read The Magic Bean.

Here is a short visual depiction of one of the children’s fairy tales online “The Magic Millstone”. See the video story below,