The Magic Of Patience

This is one of the awesome Jataka online for kids. Once upon a time, the Bodhisattva took birth as a buffalo. This buffalo lived in a dense forest with many other animals.

The buffalo was a good animal, it hardly ever disturbed anybody. And the buffalo minded his own business most of the times. But, in the forest where the buffalo lived, resided a mischievous monkey. Now, this monkey, for some reason loved to play trick and pranks on all the other animals. Every day, the monkey would think of new ways to create trouble for others. All the other animals had become extremely irritated with the monkey. You may also like to read, The Hungry Tigress And The Bodhisattva. 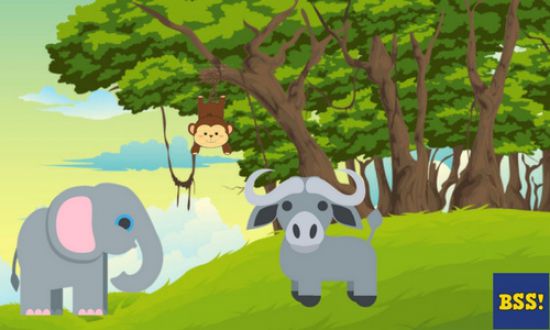 Nor did he ever complain. The buffalo went about doing its own things. All the other animals had had enough of the monkey. And they wondered why the buffalo was so silent. Then one day, an elephant asked the buffalo, “Why are you so quiet? The mischievous monkey has been playing tricks on you day after day. And yet I have never seen you complain. Why is that?”

The buffalo smiled and said, “Because the monkey’s tricks are teaching me patience. And I must tell you elephant, patience is the purest form of bliss and gives you peace.” The monkey had been hearing this from the treetops. Suddenly he felt ashamed of his immaturity. He climbed down and properly asked for forgiveness. Since that day, the monkey never played tricks on any of the animals. Also, read The Noble Monkey.

MORAL OF JATAKA ONLINE: PATIENCE CAN OVERCOME ANYTHING.