This is The Magic Paintbrush Story. Everyday Ho, a poor boy looked after a rich farmer’s cattle. He took hay to the field. The farmer did not pay him much. Ho had only dry bread to eat. One day, a very thin, old man came up the lane. He looked hungry. Ho gave his bread to the man. He said, “Sir, take this!”

“Thank You!” said the old man. He was very happy with the poor boy’s behavior. So, he gave him a gift. It was a golden paintbrush. Ho made paints from plants, berries, and mud. “What shall I paint?” thought Ho. He began to paint some hay. The hay became real. “This is a magic paintbrush,” Ho wondered. Also, read The Wise Little Girl. 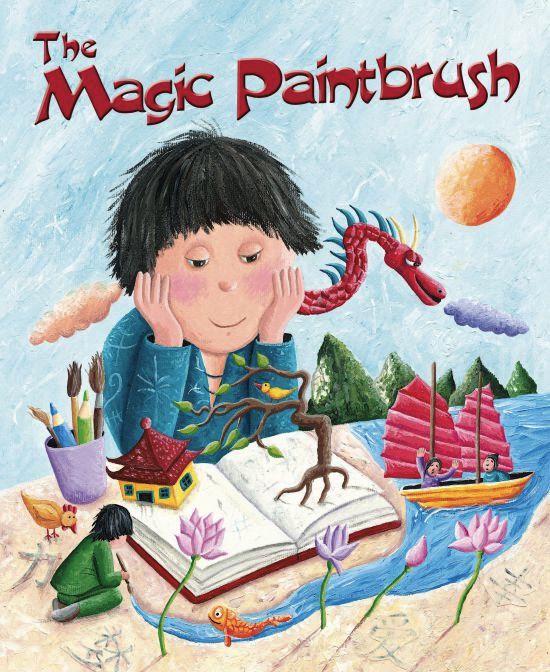 “When I get back, you will paint everything I want. The world will be mine!” he laughed. But Ho painted a gale. The gale became real. It took the farmer far, far away. As Ho returned to the farm, he painted things for those people who were kind and good to others. The rich farmer has never seen again. You may also like to read, The Old Woman In A Vinegar Bottle.

Here is a visual depiction of, “The Magic Paintbrush“. See the video story below,