The Man And The Lion

This is one of the most amazing Lion Story For Kids to read. Long, long time ago, a man and a lion are good friends. They are walking in the forest. Thew man is strong and brave and so the lion is. Soon, the man and the lion argue as they walk together. The argue is about who is strong amongst both of them. Also, read The Lion King. 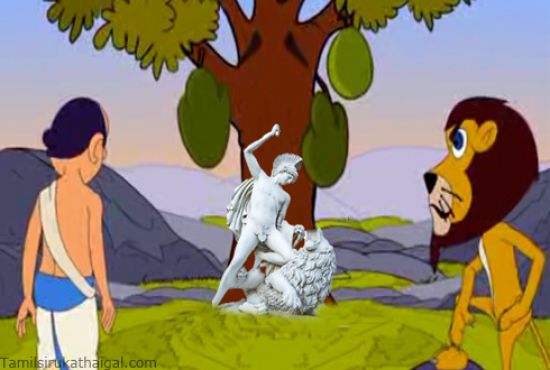 The argument becomes never ending. On seeing that, the man has an idea. The man says, “Come with me, Lion! I will show you something. From that, you will surely believe that we, the men are stronger.” The lion agrees. They walk together to a big statue. It is a tall statue of a man and a lion. The man in the statue is stronger and braver than the lion.

“See, I am stronger and braver!” says the man. “No, I don’t see! Men make statues. Lions don’t make statues.For a lion’s statue, you may be sure that in most of them, you will see the Man underneath!” the lion says. The man has no words to say this time. Also, read Androcles And The Lion.

MORAL: THERE ARE TWO SIDES TO EVERY QUESTION.

Here is a visual depiction of this amazing lion story for kids, “The Man And The Lion”. See the video story below,

Tagged with: lion story for kids