The Most Incredible Thing

This is one of the best short fairy tales for kids and has been adapted from the works of Hans Christian Andersen. Once upon a time, in a kingdom far away, a contest was set up. And as a reward, the winner of the contest would marry the king’s daughter and get half of the kingdom.

As you may have guessed, there were many suitors. They all came from far and wide, many other nations and from the city alike. The only catch was that whoever produced the most incredible thing, in any form would win. 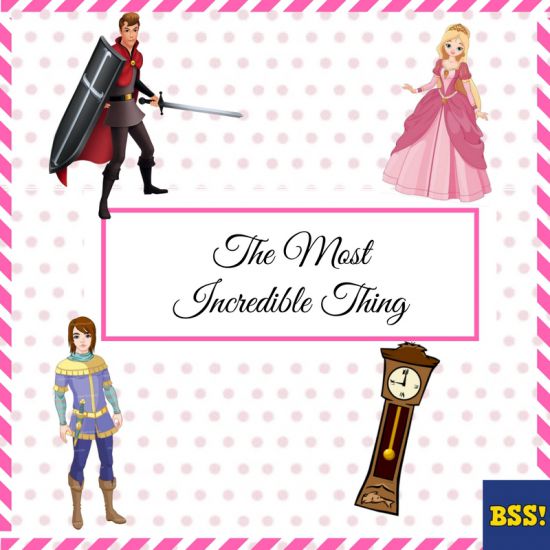 So, there began the quest for the most incredible thing in the world. Everyone wanted to do what they thought of as incredible. Some exhibited bending bulging muscles, while others drank themselves half to death. Then there were some, who decided to show off their spitting abilities. Also, read The Flying Trunk.

And, to judge all this, judges were appointed by the king himself, all ranging from the age of three to ninety! In the contest, many new talents were exhibited and almost all of them were magnificent. But the one that captured all hearts was the clock crafted by a young man.

The clock, was like no other, it redefined beauty and splendor in more ways than one. Whenever the clock struck, out came different figures dancing and singing showing the time. At one, out came Moses along with his tablets, at two, Adam and Eve danced out and at three out came the three Holy Kings. Then, as the clock struck four a flourish of music accompanied by the four seasons came, and five came out the five senses. And so on, for every hour, the craftsman crafted a unique figurine.

All the men and women stood astonished at the sight of such a clock. “This is the most incredible thing!” they all exclaimed. Only to be proven wrong. For a man with swords and a shield, came and smashed the beautiful masterpiece into pieces on the day the results were to be announced. And then, the act of smashing the magnificent clock became the most incredible thing.

“To destroy such a beautiful piece of art,” the judges exclaim, “now that is the most incredible thing we have seen, so far!” And so, the man who smashed the clock was to win and marry the princess and receive half of the kingdom. But just before the wedding was to take place, yet another incredible thing happened.

Just when the ladies in the church began to sing and the wedding ceremony was to be held, a loud noise made everyone stop. Crash! Boom! Crash! You may also like to read, East Of The Sun West Of The Moon.

And the church doors flew open and in marched the clockworks making the entire church quiet. They marched down the church aisle, only stopping when they reached the bride and groom. All of them stood with not a scratch on them as if they had never been broken. It is true that dead men don’t walk. But they were no men, but works of art. And, as shattered as it maybe art never dies, the spirit lives on forever.

“Shame on you,” Adam and Eve told the man, for smashing the clock into tiny bits. Then, all the figurines of the clock sang together, “Blow for a blow we shall get revenge!”

In the end, the man who had smashed the clock was defeated by the figurines of the clock. Once the man was defeated, the clockwork figurines say that the revenge for their master and the wrongs that were done to them has been taken and then they all vanish.

At once, the craftsman was summoned, for this was the most incredible thing of all. In strode the craftsman, the worthy winner of the contest and a worthy groom. At last, the wedding ceremony was done and the craftsman received praises and many blessings. The bride and groom lived happily ever after. Also, read The Firebird Story.

Here is a visual depiction of one of the short fairy tales for kids, “The Most Incredible Thing”. See the video story below,