This is one of the great short stories based on moral value. Once, there was a small village called Devgarh in the India. The village was situated near a jungle and there were many happy families living there. The children were very friendly and used to play together all the time.

The children used to listen to their parents. They used to go to school every morning. All of them very good at their studies. Also, read The Clever Son. 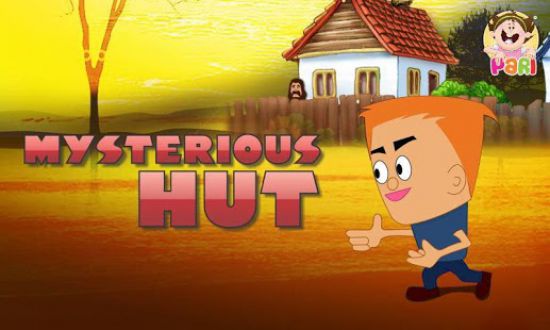 One day, they went to the jungle to play and saw a hut there. They looked inside and started thinking that who would live in a jungle like that. The children ran from the hut because they were scared. They went home and told their parents about it.

Nobody’s parents knew about a hut. But when a boy named Tom told the whole incident to his father, he warned Tom to never visit that hut again. Tom got curious and told his friends about his father’s reaction. They all decided to find the truth and went to the jungle again.

This time, they saw an old man inside the hut who was wearing torn clothes and was eating fruits. The old man saw them and invited them inside the hut. He had a very kind look on his face. He offered the children fruits and told them many stories.

When the kids asked about his name, they found out that the old man was Tom’s grandfather. He toild them that Tom’s father kicked him out of their home and so he had to live in the jungle. Tom felt very bad about this and decided to take his grandfather back home.

Tom’s father was embarrassed when everyone got to know about this. He realized his mistake and apologized to his father. Finally, they lived happily ever after together. You may also like to read, The Mysterious Friend.

MORAL OF THE STORY: WE SHOULD ALWAYS RESPECT OUR ELDERS AND WE SHOULD NOT FIGHT WITH THEM.

Here is a short visual depiction of one of the short stories based on moral value “The Mysterious Hut“. See the video story below,