The North Wind And The Sun

This is one of the many amazing short bedtime stories for kids. A long, long time ago, the Sun and the North Wind would argue over who was the greatest power in the universe. Each one thought that they were the strongest and most powerful person in the world. 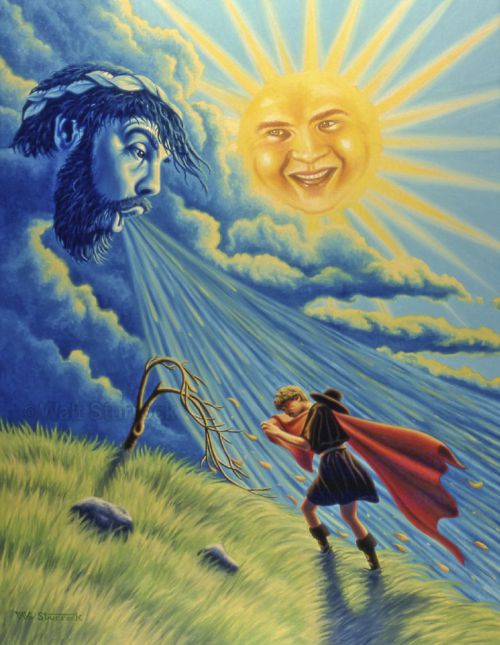 Together they agreed they would have to settle it with a test. Quickly they looked around for something to test their strength on. Below them was a man traveling along the road through the mountains. He was wearing a heavy coat which he had buttoned up tightly.

The Sun and the North Wind decided the winner would be the first one who could get the traveling man to take his coat off. The North Wind tried his power first, blowing with all his might down the road. But the stronger he blew his cold and bellowing winds, the tighter the shivering man held his coat around his body.At last,exhausted, the North Wind gave up. The North Wind said angrily, “If I can’t do it, no one can!”

Now it was the Sun’s turn. The Sun beamed a friendly smile down at the traveling man, shining on him with his light and warmth. The traveling man immediately took of his coat and basked in the warm sunlight. The traveler looked up the Sun and smiled at the beautiful weather the Sun had provided. And so the Sun taught the North Wind an important lesson.

MORAL: ALWAYS BE KIND AND WARM TO OTHERS.