The Old Woman Who Lived In A Shoe Story

This is the old woman who lived in a shoe story for kids. Once upon a time, there lived an old woman. This old woman had many children, and she loved each of them greatly. The children, too, returned the love. They lived in a giant shoe in the woods.

Strong-arm, the eldest son, used to gather firewood for the family. The family lived without their father. However, this wasn’t the case before. The old woman’s husband used to be a woodcutter. All of them lived together in a massive castle in the woods. You may also like to read, The Giant Who Shrank. 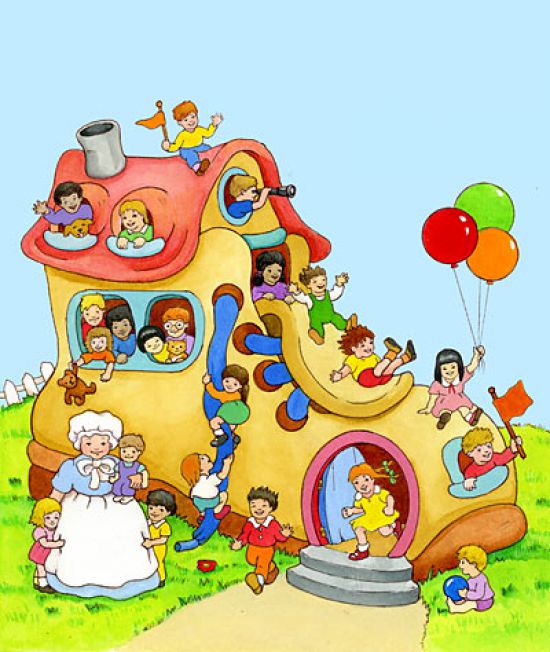 old woman who lived in a shoe Image Source @in.pinterest.com

One day, when the Old lady and the children went out, a giant destroyed the house. The giant took the old woman’s husband as a prisoner and left their home in ruins. When the family returned, they could not find the woodcutter  anywhere. They looked and looked and never found him. Then, they ventured into the forest in search of him. But all was in vain. In the end, the family found the giant’s shoe and decided to make into a house.

The eldest son’s heart never could accept his mother’s command, for he knew his father should, by all means, be rescued. So, he bought a dozen sharp swords while his brother Peter made shields and helmets. All of them together went to rescue their father. Also. read The Old Woman Who Lived In A Vinegar Bottle.

When they reach the palace, they were met by a page. This page told them that a dragon kept watching on their father’s prison. Without wasting another moment, the children found the prison and the dragon. Fortunately, the dragon was sleeping, so the Strong-arm put a sword through the dragon’s heart easily.

The father was happy to see his children and embraced his children happily. While the children were away, the poor old woman drowned in her grief. An old witch found her and took her on her broom. This old witch had too much power and told the woman that she would help the woman in seeking her revenge.

The witch made sure that the giant’s feet were afflicted by corns. In pain, the giant screamed and went to look for his missing shoe. Soon, he found the shoe in the forest and thrust his foot through the roof Strong-arm had constructed. When the children saw this, they rushed about their house. Before the old witch and the old woman or before the old man and the other sons could reach the spot, Strong-arm shot arrows and wounded the giant. You may also like to read, The Selfish Giant Story.

Screaming, the giant fell down. Strong-arm took this opportunity to kill the giant. Quickly, Strong-arm jumped on the giant’s chest and finished him off. The family had a sweet reunion. Soon after the giant’s death, the family built a pretty new house and lived happily.

Here is a short visual depiction of the  “The Old Woman Who Lived In A Shoe Story“. See the video story below,

The Old Woman Who Lived In A Shoe Story Video