The Origin Of Star Apple

This is one of the awesome aboriginal stories for kids. Once upon a time, there was a spoilt boy who was very playful and mischievous. Once, his mother scolded him so he left his home in anger. He loitered around as his mother was miserable because she could not find him.

Everyday, she kept sitting at the doorsteps waiting for him to come back. But time passed and there was no sign of him. His mother was desperate and exhausted. Finally, she collapsed and passed away. The boy had left home for quite long. Also, read The Legend Of Pineapple. 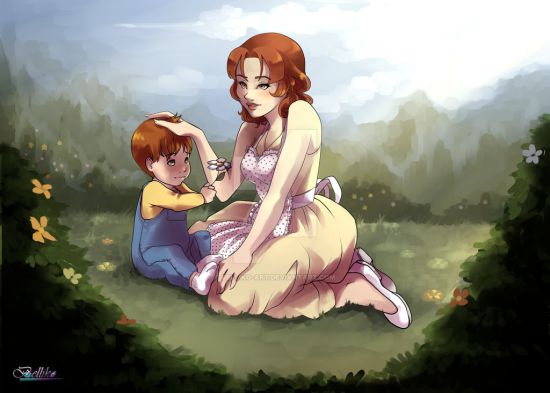 One day, he was totally hungry and cold and was bullied by other older kids. Soon, he started to miss him mother badly. “That’s it! Mom always cooked for me when I was hungry and she protected me from other children. I’d better come back home for mommy,” he said to himself. He decided to go home.

When he arrived, the house and the scene was the same but he could not find his mother. He shouted desperately, “Mom, where are you? I’m so hungry!” Then he kneeled down hugging a tree in the garden and cried.

Suddenly, the tree shivered. From its branches, cloud white flowers started to bloom. Then the flowers quickly withered, fruits appeared which grew in a flash with smooth green skin. The tree lowered one of the branches and a big fruit dropped down into his hands. He bit a large bite, too acrid. Another fruit dropped down, he peeled it and bit the seeds. It was as hard as rock. You may also like to read, How The Kangaroo Got Its Pouch.

Then, one more fruit fell into his hand. This time, he used his fingers to press around it. A crack appeared and a flow of white liquid dripped out. He opened his mouth to catch the flow. It was as sweet as the mother’s milk that raised him up. The tree quivered and whispered, “Only after three times will you know how it really tastes, only after growing up you’ll understand a mother’s heart.”

He looked up to the leaves, one side was glossy green, one side was red just like his mother’s eyes desperately crying, waiting for him to come back. He embraced the tree and cried. The trunk was as rough as her mother’s hands, working hard to raise him up.

His tears watered the tree. It spread its branches embracing him. The swaying leaves were like a mother who was comforting her child. He told other people about his mother and how regretful he was. Everyone loved the fruits from the tree in the garden. They planted the seeds everywhere they can and named it “Milky Fruits” or “Star Apple Fruits”. You may also like to read, How The Camel Got His Hump.

Here is a short visual depiction of one of the best aboriginal stories “The Origin Of Star Apple”. See the video story below,