The Prince And The Bear

This is the amazing story for kids with moral. Once upon a time, there was a prince who was very fond of hunting. One day, he went to the jungle to hunt animals and birds. He wandered in the jungle for the entire day, but could not hunt anything. He was very tired and disappointed.

Suddenly, he saw a tiger coming towards him. Frightened, he scrambled up the tree and saw a bear sitting on the branch. The prince did not know what to do. He was really scared. Seeing the prince so afraid, the bear asked him not to worry and that he would not hurt him. You may also like, The Honest Woodcutter. 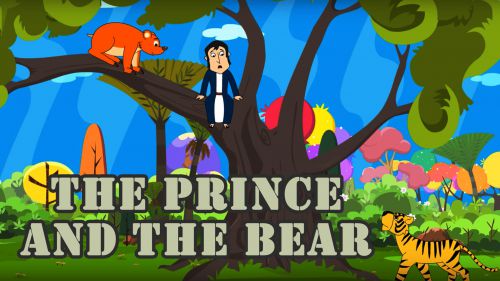 The next morning, when the prince woke up, the tiger told him that the bear was protecting him for a purpose. He was just waiting for the tiger to leave so that he could eat the prince all by himself. The prince believed this and tried to hurt the bear. The bear was very sad at the prince’s behavior, especially since he had protected him from the tiger all night.

The bear told the prince that all the animals were not bad. They only hunted when they were hungry and not for pleasure, unlike human beings. They were good to people who were good to them.

MORAL: ALL ANIMALS ARE LOVABLE. THEY’LL NEVER HARM YOU UNLESS YOU HARM THEM.

Here is a visual depiction of an amazing story for kids with moral, “The Prince And The Bear Story”. See the video story below,