The Prince With Donkey Ears

This is an awesome short fairy tale story for kids. Once upon a time, there lived a king and a queen who are very unhappy because they couldn’t have any children. They decided to go deep into the woods and meet the three fairies, the beautiful fairy, the intelligent fairy and the wise fairy. After listening to the king, the fairies decided to grant him a wish of a son.

The beautiful fairy said, “My wish is that your son will be the most handsome of all men!” Then the intelligent fairy said, “My wish for your son is to be very, very smart!” Then came the wise fairy who said to everyone’s astonishment, “And my wish for the prince is for him to have the ears of the donkey!” And then, the three fairies disappeared. Also read, The Happy Prince. 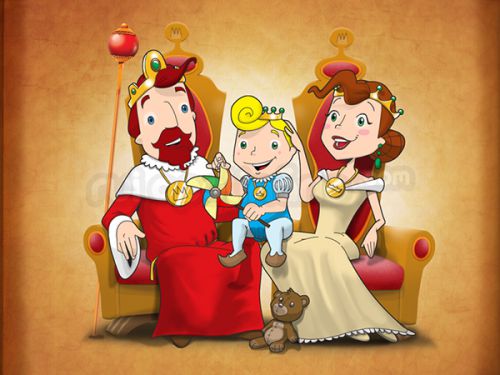 Image Source@ www.behance.com. The prince was born and as the years passed, he indeed grew into a beautiful and an intelligent boy. Yet, one day, the king noticed that two small donkey ears were starting to grow om the prince’s head. Ashamed, he decreed that the prince was to use a special hat that would cover his ears. He was not allowed to take it off. The prince didn’t know about his donkey ears.

As he grew older, the prince got used to everybody praising him beauty and brains. And as a result, the prince soon became vein and would criticize everyone around him. Nobody was good enough for the prince. He thought that he was the only perfect man in the whole kingdom.

Soon thereafter, a reed field grew upon that ground and every time the wind would blow, it seemed to whisper “THE PRINCE HAS DONKEY EARS! THE PRINCE HAS DONKEY EARS!” People started to get suspicious and they began to whispering each other that they had a prince who always used to wear a hat just to hide his donkey ears and soon everybody started to make fun of the prince.

One day, the prince pulled off his hat and said to all the villagers, “Yes, it’s true! I have donkey ears and I am so sorry that in the past, I would point out all your faults, unaware that I could have even bigger ones!” At that moment, the wise fairy appeared and said, “See, little prince! If it wasn’t for me, you would have turned into a vein and a selfish man. You need donkey ears no more!” And with a wave of her wand, the donkey ears disappeared.

Now, the prince turned into a good and compassionate man. Whenever he heard someone making fun of others would say, “Be careful my friend! You never knew when you will get donkey ears!” Also, read Prince And Pauper.

Here is a visual depiction of an amazing short fairy tale story, “The Prince With Donkey Ears Story”. See the video story below,